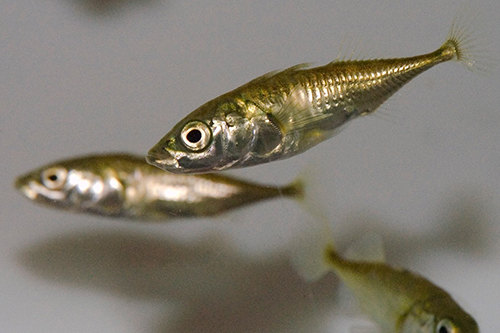 For the first time, researchers have shed new light on the evolution of different social roles within animal groups by exploring how fish predators target and attack groups of virtual prey. The study, led by the universities of Bristol and Oxford and published today [Monday 15 April] in the journal PNAS, found leaders in groups of animals are more vulnerable to attack from predators.

Leadership offers both opportunities and risks. Fortune may favour the bold when it comes to leaders influencing group decisions about what to do and where to go next, but these individuals will also be the first to run into any danger that awaits.

Behavioural scientists have long suspected that leaders in groups of animals are more vulnerable to attack from predators. This new research now provides the first experimental evidence to confirm this long-standing assumption.

By studying real predatory fish attacking groups of virtual prey, Dr Christos Ioannou and colleagues showed that the risk of an individual being targeted is strongly influenced by its relative position within a group. Prey leading from the front were more likely to be attacked by predators than followers situated in safer positions towards the group’s centre.

They projected simulated groups of virtual prey onto a 2D surface at one end of an aquarium tank. To their stickleback predators, virtual prey proved irresistible because they mimic the characteristics of real prey like Daphnia.

Dr Christos Ioannou, Lecturer and NERC Fellow and the study's lead researcher at Bristol's School of Biological Sciences, said: "The key advantage of virtual prey is that their appearance and behaviour can be precisely programmed. This helps overcome the limitations of previous observational studies, in which differences in the position of prey within a group are impossible to separate from other features which might influence an individual's risk of being attacked."

The research also revealed a hierarchy of risk, with isolated individuals even more likely to be attacked than prey leading at the front of the group. Predators also timed their attacks to coincide with moments when more solitary prey had split from the group.

These findings have significance for the evolution of leadership in animal groups. They suggest that leaders can minimise predation risk by keeping followers close behind them. Natural selection should therefore favour leaders which limit their tendency to push onwards towards a goal for the sake of preserving the unity of the group.