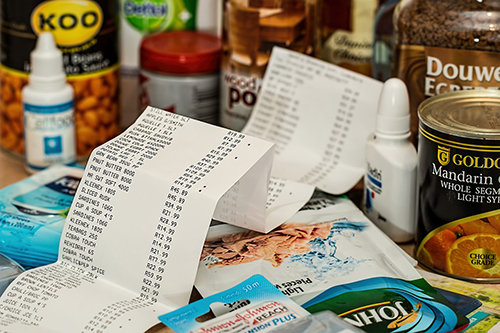 Changes to the law could ensure everyone in the UK has the ‘right to food and nutrition’ and help tackle growing levels of poverty and environmental degradation, according to legal experts.

Around 8.4 million people in the UK struggle to get enough to eat. At the same time, small-scale farmers and local grocery shops are disappearing, the country is increasingly dependent on food imports, soil is irreparably depleted and healthy food is too often unavailable or unaffordable.

Experts from the University of Bristol discussed this issue – and potential solutions – with Philip Alston, the United Nations special rapporteur for extreme poverty and human rights, during his visit to the UK to assess why a fifth of Britons are living in poverty.

Mr Alston criticised the Government for relying on foodbanks to 'keep people alive' and argued authorities should be providing that safety net rather than relying on the community.

Enshrining a right to food in the law could be one solution, ensuring all policies support the sustainable production and consumption of food and that access to adequate, culturally appropriate and nutritious food is recognised as an entitlement, not an act of charity.

Dr Tomaso Ferrando, Lecturer in Law at the University of Bristol Law School, said: "The current situation in the UK is that millions of people go hungry, even more people are malnourished, and we have a food system that is depleting the soil, the air and water. This puts the UK is in breach of its international obligations.

"The express recognition of the right to food in the UK legal framework would strengthen the rights of those millions of people whose rights are violated and would ensure the situation can be addressed more urgently."

Practically, such a change to the law would trigger several virtuous changes, including the way in which Universal Credit and subsidies are rolled out. If recipients go hungry because the scheme is insufficient, they would have a claim for violation of their right to food and the government would have the legal obligation to make improvements.

It would also mean stronger controls on the use of pesticides and chemicals which make the food system unsustainable and affect people's health.

Such approach would also mean recognizing that the production of food waste for business or production reasons is a violation of the right to food, which could impact on supermarkets and restaurants.

The University of Bristol has carried out research with Sustain: the Alliance for Better Food and Farming. A briefing summarising their findings will be circulated to policy makers.

Kath Dalmeny, Chief Executive of Sustain, said: "The scale and multi-faceted nature of the challenges facing our food system requires a strategic approach and an obligation for government, agencies and local authorities to act together to achieve system-wide change.

"Household food security needs to be routinely measured, resources need to be allocated and public authorities must be accountable, establishing the legal foundations of a new approach to ensuring that everyone can eat well.

"The right to food would lead to more fundamental system-wide changes related to 'food sovereignty' – access to land, a safe and secure food supply, and sustainable production that ensures good food, protects natural resources and means decent and secure livelihoods for the food producers upon whom we all depend."

The right to food is currently recognised in several international conventions and has already been enshrined in law – including at the constitutional level - in Europe, Latin America and Sub Saharan countries.

In light of the high levels of food insecurity, the unsustainability of the food system and the possible negative impact of Brexit, a UK right to food bill will offer citizens with further and stronger legal protection.

Read more in this policy briefing: A UK right to food law could tackle food poverty and environmental degradation.