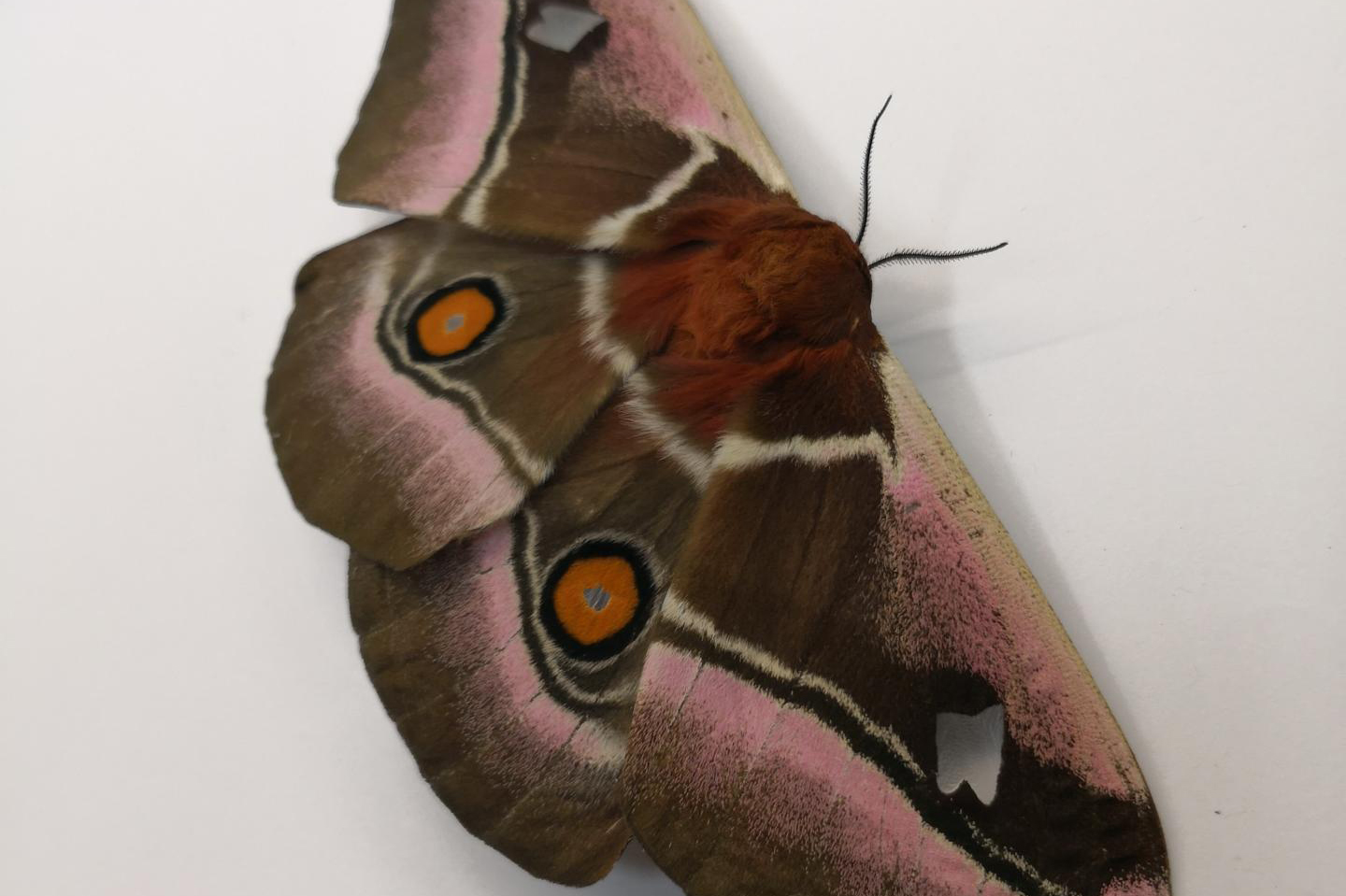 Moths are a mainstay food source for bats, which use echolocation (biological sonar) to hunt their prey. Scientists from the University of Bristol are studying how moths have evolved passive defences over millions of years to resist their primary predators.

While some moths have evolved ears that detect the ultrasonic calls of bats, many types of moths remain deaf. In those moths, Dr Thomas Neil has found that the insects developed types of "stealth coating" that serve as acoustic camouflage to evade hungry bats.

Dr Neil will describe his work during the Acoustical Society of America's 176th Meeting, held in conjunction with the Canadian Acoustical Association's 2018 Acoustics Week, [5-9 November] at the Victoria Conference Centre in Victoria, Canada.

In his presentation, Dr Neil will focus on how fur on a moth's thorax and wing joints provide acoustic stealth by reducing the echoes of these body parts from bat calls.

Removing the fur from the moth's thorax increased its detection risk by as much as 38 per cent.

Dr Neil used acoustic tomography to quantify echo strength in the spatial and frequency domains of two deaf moth species that are subject to bat predation and two butterfly species that are not.

In comparing the effects of removing thorax fur from insects that serve as food for bats to those that don't, the research team found that thoracic fur determines acoustic camouflage of moths but not butterflies.

Dr Neil added: "We found that the fur on moths was both thicker and denser than that of the butterflies, and these parameters seem to be linked with the absorptive performance of their respective furs. The thorax fur of the moths was able to absorb up to 85 percent of the impinging sound energy. The maximum absorption we found in butterflies was just 20 per cent."

The research could contribute to the development of biomimetic materials for ultrathin sound absorbers and other noise-control devices.

Dr Neil explained: "Moth fur is thin and lightweight and acts as a broadband and multidirectional ultrasound absorber that is on par with the performance of current porous sound-absorbing foams."

About the Canadian Acoustical Association (CAA)
The Canadian Acoustical Association (CAA) is a professional, interdisciplinary organization that fosters communication among people working in all areas of acoustics in Canada; promotes the growth and practical application of knowledge in acoustics; encourages education, research, protection of the environment, and employment in acoustics; and is an umbrella organization through which general issues in education, employment and research can be addressed at a national and multidisciplinary level. For more information about CAA, visit http://caa-aca.ca