US boycott of Chinese researchers could ‘stifle’ global progress 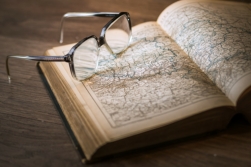 Academics are warning that proposed measures by the Trump administration to restrict Chinese researchers from working in the US could ‘stifle’ global progress.

The White House is discussing whether to limit the access of Chinese citizens to the United States, including restricting certain types of visas available to them and greatly expanding rules pertaining to Chinese researchers who work on projects with military or intelligence value at American companies and universities.

The potential boycott – which could directly affect 300,000 researchers - appears to be motivated by fears Chinese researchers may be involved in espionage activities and secretly transferring sensitive US discoveries to the Chinese government.

Researchers at the Universities of Bristol, Warwick and the London School of Economics and Political Science (LSE) have drawn parallels with the sharp decline in international scientific cooperation after World War I, warning that a similar impact could be seen if new barriers are put in place by the US.

At the start of the war, the world split into the Allied (United Kingdom, France, later the United States, and several smaller countries) and the Central (Germany, Austria-Hungary, Ottoman Empire, Bulgaria) camps.

The involvement of scientists in the development of chemical weapons, and the extremely nationalistic stance taken by many in support of their homeland, pitted the opposing scientific camps against each other.

Immediately after the end of the war, Allied scientists enforced a boycott against Central scientists, which separated scientists into opposing camps until the mid-1920s.

A recent research paper published in the Quarterly Journal of Economics, examined the effect of this boycott and shows that barriers to international scientific co-operation not only slow down the production of basic science, but they also harm the application of science in the development of new technologies.

Dr Alessandro Iaria, one of the report's authors and a Lecturer in Economics from the University of Bristol, said: "In addition to the immediate consequences that such a scientific boycott could have, there could also be longer-term, detrimental ramifications for world-wide scientific progress and technological innovation.

"While the overall effects of such a boycott are hard to estimate, there are lessons from history that can inform policy makers about the possible long-term effects for scientific progress and technological innovation.

"Our results suggest that science policy should be geared toward facilitating access to and capitalising on the potential catalytic effects of cutting-edge research in enhancing scientific progress. The global academic community has real concerns that a boycott on Chinese researchers could stifle this progress."

The research, also carried out by Carlo Schwarz from the University of Warwick and Dr Fabian Waldinger from LSE, found increased barriers to international scientific co-operation during the boycott led to a decline in the number of papers published by scientists on both sides.

Importantly, the boycott not only affected Central scientists, but more broadly the entire international scientific community.

Affected scientists also produced fewer scientific breakthroughs, measured by the introduction of novel words in paper titles and by nominations for a Nobel Prize, and fewer of their scientific discoveries found application in patents.

Carlo Schwarz, from the University of Warwick, said: "The unique historic period allows us to study the significance of international scientific cooperation. Isaac Newton famously said that in his research he was 'standing on the shoulders of giants'. Our work highlights the importance of access to the best existing scientific ideas for the creation of new research."

'Frontier Knowledge and Scientific Production: Evidence from the Collapse of International Science' by Alessandro Iaria, Carlo Schwarz and Fabian Waldinger in The Quarterly Journal of Economics.