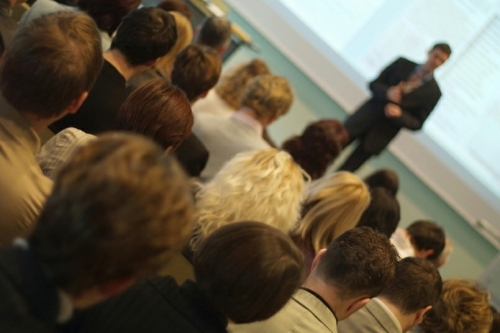 New research has revealed how people’s intelligence, rather than their personality traits, leads to success.

Researchers at the Universities of Bristol, Minnesota and Heidelberg devised a series of games to find out which factors lead to cooperative behaviour when people interact in social and workplace situations.

Their findings, due to be published in the Journal of Political Economy, showed that people with a higher IQ displayed 'significantly higher' levels of cooperation, which in turn led to them earning more money as part of the game.

The failure of individuals with lower intelligence to appropriately follow a consistent strategy and estimate the future consequences of their actions accounted for these different outcomes.

Personality traits – such as agreeableness, conscientiousness, trust and generosity - also affect behaviour, but in smaller measure, and only initially.

The researchers conclude, based on their findings, that a society is cohesive if people are smart enough to be consistent in their strategies, and to foresee the social consequences of their actions, including the consequences for others.

Professor Eugenio Proto, from the Department of Economics at the University of Bristol, said: "We wanted to explore what factors make us effective social animals. In other words, what enables us to behave optimally in situations when cooperation is potentially beneficial not only to us, but to our neighbours, people in the same country or who share the same planet.

"People might naturally presume that people who are nice, conscientious and generous are automatically more cooperative. But, through our research, we find overwhelming support for the idea that intelligence is the primary condition for a socially cohesive, cooperative society. A good heart and good behaviour have an effect too but it's transitory and small.

"An additional benefit of higher intelligence in our experiment, and likely in real life, is the ability to process information faster, hence to accumulate more extensive experience, and to learn from it. This scenario can be applied to the workplace, where it’s likely that intelligent people who see the bigger picture and work cooperatively, will ultimately be promoted and financially rewarded."

The findings have potentially important implications for policy, especially in the education sector, as well as international trade.

Andis Sofianos, from the Department of Economics at the University of Heidelberg, said: "The core principle of working cooperatively and seeing the bigger picture also applies to international trade, where there is overwhelming evidence that free trade is a non-zero sum game i.e. all parties could benefit.

"With education, our results suggest that focussing on intelligence in early childhood could potentially enhance not only the economic success of the individual, but the level of cooperation in society in later life."

The research involved four different games which were representative of different and very specific strategic situations. Interactions were repeated, giving time and opportunity for each participant to observe and to reflect on the past behaviour of the other.

Games used for the study included Prisoner's Dilemma, Stag Hunt and Battle of Sexes, which are often used in game theory - the science of logical decision making in humans, animals, and computers.

Where the strategy game involved a trade-off between current and future gains, those with a higher IQ won more money per round. The failure of individuals with lower intelligence to find and follow an optimal strategy and appropriately estimate the future consequences of their actions accounted for the difference in outcomes.

‘Intelligence, Personality and Gains from Cooperation in Repeated Interactions’ by Eugenio Proto, Aldo Rustichini and Andis Sofianos in the Journal of Political Economy.