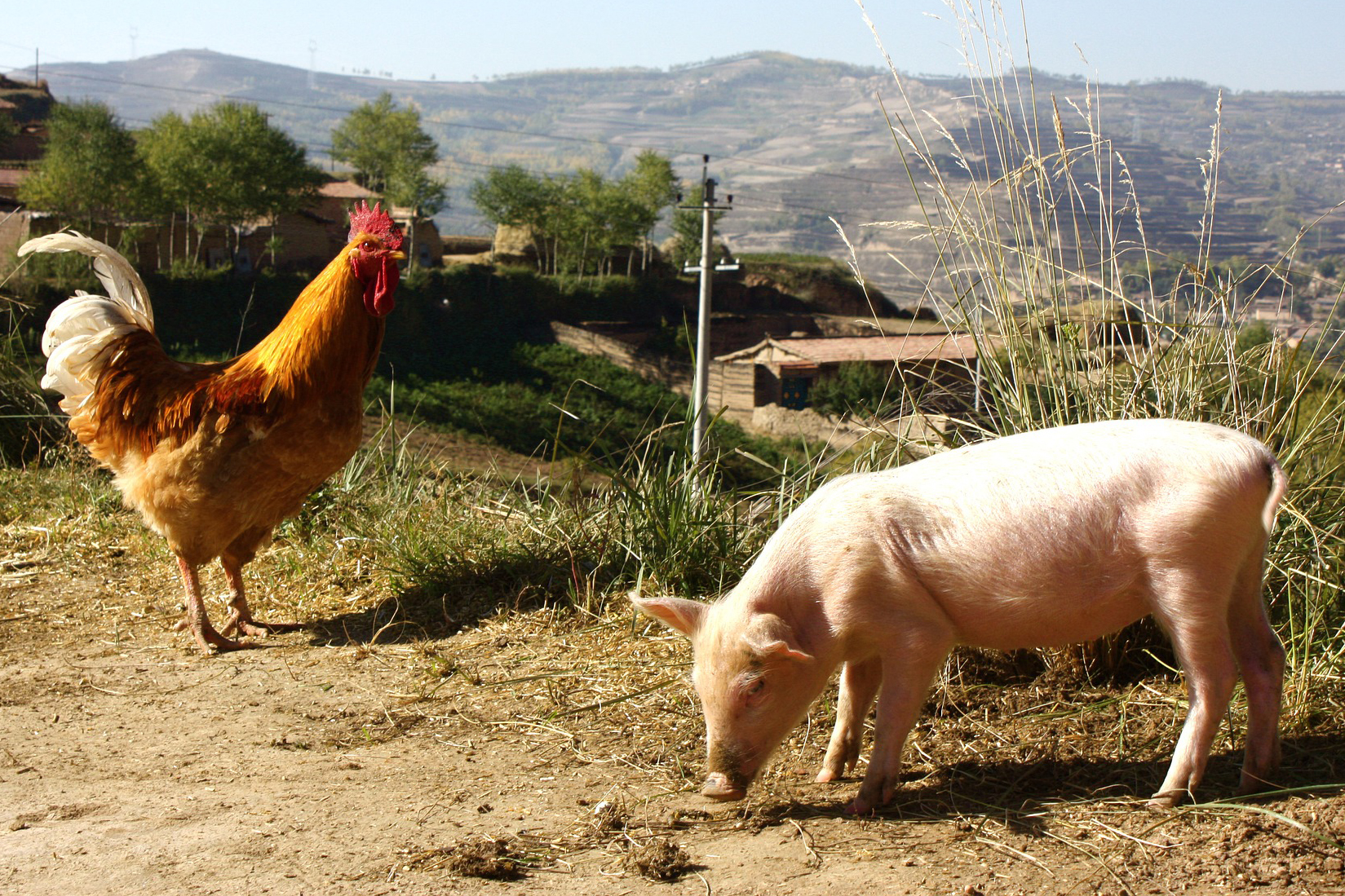 Demand for animal protein and increasing wealth fuelled a tripling in the domestic production of livestock in China between 1980 and 2010, and the rise, despite some improvements in efficiencies at the farm level, had significant impacts on environmental sustainability, nationally and globally.

With this rise set to continue, an international team of researchers, including the University of Bristol Veterinary School, has now devised a blueprint to increase production efficiency and environmental performance through a "new transition" backed by an array of stakeholders. Their findings are published in Science Advances.

Zhaohai Bai, an Associate Professor at the Center for Agricultural Resources Research in the Institute of Genetic and Developmental Biology of the Chinese Academy of Sciences (CAS) and the team's lead author, said: "China's livestock transition is massive, in terms of its scale and speed."

Bai notes how the "Livestock Revolution" has been compared with the better known "Green Revolution" in cereals production, with the market value of the global increases in meat and milk consumption between 1970 and 1990 being twice that of wheat, rice and corn.

In China, the average meat, milk and egg consumption per capita increased by 3.9, 10 and 6.9 times from 1980 to 2010, more than anywhere else in the world. The livestock population grew from 142 to 441 million animals over the period, lifting the sector's economic value almost 60-fold, and China became the world’s biggest livestock producer, ahead of the US and Europe.

At the farm level, the proportion of more nutrient efficient monogastric animals (pigs and poultry rather than ruminant animals, cattle and sheep) rose from 62 per cent to 74 per cent, and the number of landless (housed) industrial systems, which reduce the impact of greenhouse gas (GHG) emissions (at a product intensity level, or GHG emissions per unit of product) but limit sustainable production, rose 70-fold.

Lin Ma, the paper's corresponding author, also at the CAS institute, added: "However, the costs of livestock transition are also large. Animal feed imports have increased 49 times, total ammonia and GHG emissions to the atmosphere doubled, and nitrogen losses to watercourses tripled.

Weak environmental standards, deregulation policies and subsidies, as high as Yuan 10 billion (£1 billion) a year since 2007, are blamed. "This new transition must be induced by government, processing industry, consumers and retailers," stressed Ma.

The team, which also includes scientists from Rothamsted Research and University of Bristol in the UK, IIASA in Austria, Wageningen University in the Netherlands, as well as Agricultural University of Hebei and China Agriculture University, has explored two contrasting scenarios to 2050: a business-as-usual model and the new transition supported by stakeholders.

Without change, there will be even greater increases in emissions of GHGs and ammonia, and in losses of nitrogen to watercourses. With change, GHG emissions can be cut by almost half and nitrogen losses by nearly two thirds.

Michael Lee, Head of Rothamsted’s North Wyke site and one of the paper’s authors, said: "China's livestock transition has significant global impact and there is critical need to develop pathways for more sustainable livestock production as we face growing pressure on resources and environmental consequences of global agriculture."

"Our group of international experts has mapped trajectories to help develop pathways to achieve a new transition targeted to increase production efficiency and environmental performance at a system level with coupling of crop-livestock production," added Lee, who is also Professor of Sustainable Livestock Systems at Bristol Veterinary School.

This latest research from the CAS-led team follows the academy’s study of the measures needed to cope with China's anticipated demand for three times as much milk by 2050 as it produced in 2010, without increasing GHG emissions and nitrogen pollution. The study was published in February in Global Change Biology.