Postnatal depression has greater impact on children’s development when it is persistent and severe. 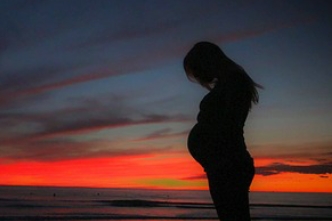 Postnatal depression which persists beyond 6 months after birth and is severe, increases the risk of children exhibiting behavioural problems, achieving lower GCSE mathematics grades at 16 years and having depression at 18 years of age. Postnatal depression which is persistent (whether moderate or severe) increases mothers’ risk of continuing to experience depressive symptoms beyond the postnatal year, with high levels found up until 11 years after childbirth.

The sample consisted of 9848 mothers and 8419 children who were taking part in the Avon Longitudinal Study of Parents and Children (ALSPAC). The study utilises data from different stages of children’s development ranging from preschool to late adolescence; including behaviour problems at 3.5 years of age, GCSE mathematics grades at 16 years of age and depression at 18 years of age to determine potential effects both in the short and long term.

The study highlights for the first time that when postnatal depression is both persistent and severe the risk of negative outcomes to children’s development is raised. Furthermore, when depression persists beyond the first 6 months after birth, the risk for mothers continuing to experience depressive symptoms beyond the postnatal year is also increased. The authors report that these symptoms can continue up to 11 years after childbirth, but it is possible that they persist even longer. For two of the outcomes (GCSE mathematics grades at 16 and depression at 18 years), when postnatal depression either did not persist, or persisted only at moderate severity, the odds of achieving lower GCSE mathematics grades or experiencing depression at 18 years were similar to those of children whose mothers did not experience depressive symptoms at all in the postnatal year. This suggests that long term negative effects on mathematics grades and depression in adolescence principally occur in the context of persistent depression, but not with briefer and/or less severe episodes.

The study identifies a group of mothers and children who should be prioritised for treatment both to address maternal depression that is more likely to continue, and to mitigate the effects on children’s development. The authors have recently shown that treatment for women with persistent postnatal depression can be delivered effectively with high rates of sustained remission using home-based delivery of a psychological therapy.

Dr Elena Netsi from the Department of Psychiatry at Oxford University and lead author on the paper said: “Depression which persists beyond the first 6 months after birth should alert health care professionals to a depression which may become chronic. While screening for postnatal mental health problems in the UK already occurs within the first 3 months, screening once more in the second part of the postnatal year will help identify families who should be prioritised for treatment, both to address the mother’s depression and to mitigate potential effects on children’s development. Given that there are effective psychological therapies for depression it is important that help is provided for these women.”

Based at the University of Bristol, the Avon Longitudinal Study of Parents and Children (ALSPAC), also known as Children of the 90s, is a world-leading birth cohort study.

Between April 1991 and December 1992, the long-term health project recruited more than 14,000 pregnant women into the study and these women (some of whom had two pregnancies or multiple births during the recruitment period), the children arising from the pregnancy, and their partners have been followed up intensively over two decades.

ALSPAC is the most detailed study of its kind in the world and provides the international research community with a rich resource for the study of the environmental and genetic factors that affect a person’s health and development. Through our research we aim to inform policy and practices that will provide a better life for future generations. It receives core funding from the Medical Research Council, the Wellcome Trust and the University of Bristol. Find out more at http://www.bristol.ac.uk/alspac/