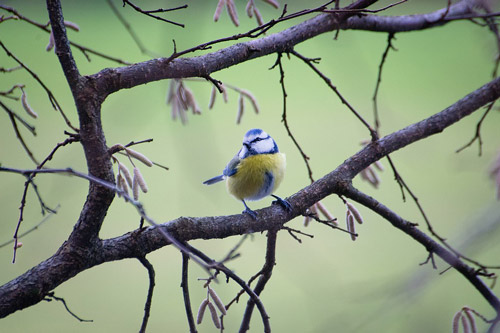 Animals, including humans, can make surprisingly good decisions just based on the food in their stomach, new research suggests.

It shows that surviving in difficult and dangerous conditions does not necessarily require high brain power. Instead, animals should be sensitive to their body condition, such as how hungry they are. Hunger acts as a sort of memory of past food availability, which tells them what conditions are probably like now.

A team led by Dr Andrew Higginson, from the University of Exeter, used computer modelling to predict how animals should behave to maximise their survival when the food supply is unpredictable and the environment contains predators. According to the model, an animal that bases its decisions only on its current energy reserves can survive almost as long as one that uses its brain to calculate the best thing to do.

Dr Higginson said: "Many of us sometimes get 'hangry': when hunger makes us emotional and changes our behaviour. Our model explains why there is link between our gut and our decisions: hunger can act as a memory telling us there’s not been much food around, which it’s important to respond to in the wild.

"The usefulness of such memory means that animals, including humans, may appear to be processing a great deal of information in the brain when in fact they are just following their gut."

An animal’s body condition tells it how successful it has been in the past, which is a useful guide to how it should behave tomorrow. This simple, physiological form of memory may have allowed animals to avoid investing in brain tissue, which requires a large amount of energy.

Professor John McNamara, from the University of Bristol's School of Mathematics and a member of the team, said: "If it costs a lot of resources to be so clever then natural selection will have found a cheaper way to make decisions. The ability to use internal states such as hunger as a memory will have reduced the need to evolve big brains."

The findings raise the possibility that simple memories may also be encoded in other physiological states, such as emotions.

This might be why it takes a long time to calm down after feeling threatened. Since the threat may come back, the emotion keeps the body ready to fight or flee. The researchers say it is possible that their usefulness as a ‘memory’ is the reason humans and other animals have emotions.

The research has implications for conservation too.

Dr Higginson added: "By using their body condition as a cue, the animals in our model can still perform well when the environmental conditions change suddenly. This suggests that some species might be able to cope with the effects of climate change better than expected."

'Trust your gut: using physiological states as a source of information is almost as effective as optimal Bayesian learning' by Andrew D. Higginson, Tim W. Fawcett, Alasdair I. Houston, and John M. McNamara in Proceedings of the Royal Society of London B