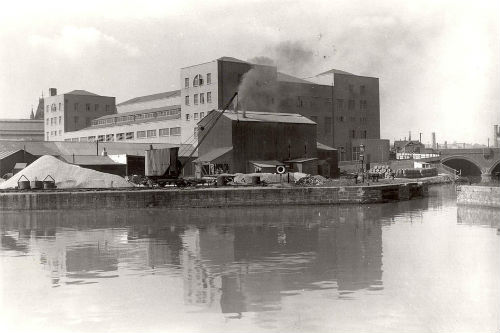 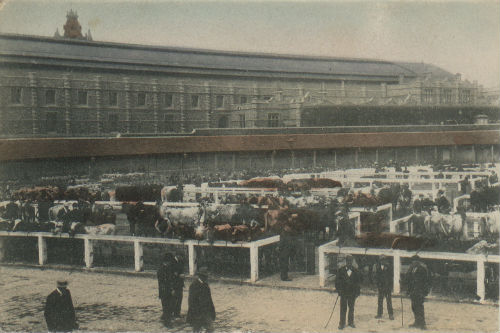 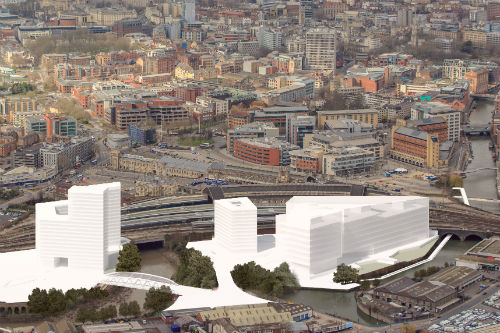 Artists-in-residence for the University of Bristol’s new Temple Quarter Enterprise Campus want to hear your stories about the Temple Quarter area ahead of the development of the new campus close to Temple Meads station.

Before work begins on the new campus, academics and students at the University have been looking back at the history of the site where the new campus will be built.

The seven-acre site has been a former Royal Mail sorting office, a cattle market and a colour works factory, exporting carpets and floor cloths around the world, and an 1830s cholera burial ground from the former St Peter’s Workhouse.

The project’s findings are informing the work of three artists selected to document the regeneration of the area through art and poetry and will form a new archive of the area’s heritage, its connections to Bristol and the rest of the world.

Bristol City poet Vanessa Kisuule, one of the artists, is now seeking stories and memories from local people. These will then be incorporated into a series of poems.

Vanessa said: “The history that the students have uncovered is fascinating.  I’m interested in exploring further the stories of the people who lived or worked in the area.

“These important stories will help shape the work I am doing to capture the history and future of the site through poetry.”

“What I hope is that we can bring some of the stories and the layers of history and integrate them very much into the buildings that we build here.

“We commissioned students to spend time at the Bristol Record Office which has got fantastic collections on these sites and to go to London to the National Archives to follow the history of the Post Office, the cattle market and the colour works which uncovered some remarkable stories.”

John Hare and Co – the oldest company in Britain to manufacture floor cloths – was established in 1782 and were based on the Temple Island site which will eventually house student accommodation.

The site employed around 400 people in its heyday in the mid-19th century producing 4,000 to 5,000 square yards of cloth every week and exported carpets and floor cloths to five continents

Visitors’ accounts of the site described the workers as ‘busy bees’ in a ‘hive of industry’ and those who worked in the printing gallery were so covered in paint that they ‘looked as though they had been out in a storm of rainbows and forgotten to take their umbrellas’.

The Cattle Market was originally based in the city centre but moved to the Temple Quarter site in 1830 and was operational until the 1960s. Cattle, sheep, pigs, calves and horses were shipped in from the surrounding areas and as far away as Ireland and Canada.

Some of the stories uncovered include bulls breaking free and running down the streets and people being frightened to go out on market days.

The Station Sorting Office opened in 1938 and was called ‘the last word in labour-saving efficiency’. It was formally opened by the Mayor of Bristol who pressed a button to start the machinery of the conveyor belts.

It was the site of both incoming and outgoing mail. In 1952/3 it was estimated that the office received around 75,000 items of mail each week. From 1966 to 1972 a new admin block was opened, and the site further developed in the late 1970s when coding desks were added.

In 1997, the Royal Mail moved its sorting office to Filton. The derelict site would see more diverse visitors: planners, architects, security guards, and, in the future, demolition/construction teams. However, it also became a place of play - of illegal rave organisers, ravers, and urban explorers.

In 2015 the site was acquired by Bristol City Council as part of a wider strategy for regeneration of the Temple Quarter district.

Cllr Nicola Beech, Cabinet Member for Spatial Planning and City Design, said: “Regeneration of the Temple Quarter is an essential part of our commitment to creating new homes, jobs and inclusive sustainable growth for Bristol. We want to create a vibrant new space with an active evening economy – while still being sensitive to the heritage of the area. Collecting stories from the past will really help with this and I encourage people to come forward and share their memories.”

Professor Cole added: “For me as an historian, the University is standing in a long line of stewards of this particular space and as stewards it befalls upon us to continue those kinds of traditions.

“The work we will do here will be about communication networks, responsible innovation and connections between the local and global achieving our ambition of becoming a civic, global university.”

Brian Davies was a local resident in the 1960s and remembers the site as a Cattle Market. He said: “I was a young lad living in St Philips Marsh when the site was a cattle market. I remember on market day the cattle being herded down the residential streets. Occasionally cattle would break loose and once one got stuck in the passageway of one of the houses.”

If you have a story to tell you can either share your memories via the Temple Quarter website https://consult.bristol.ac.uk/communications/60958c5d/, email temple-quarter@bristol.ac.uk or call 0117 428 2322 – leave an answer phone message and one of our artists will come back to you.

Innovation is at the heart of the Temple Quarter Enterprise Campus. From the future of work to cutting edge technology, students and academics will collaborate with business and community partners to generate new ideas that bring social as well as commercial value.

The campus will provide talent for the region’s nationally recognised cluster of digital technology businesses and will nurture new enterprises, building on the success of the world’s best global business incubation hub at Engine Shed.

Located in the heart of the city, it will turn a neglected area into a new destination, an open, welcoming centre for transformative innovation.