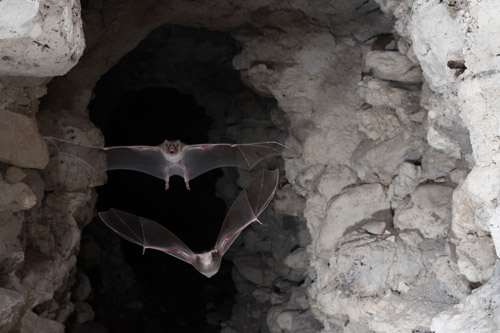 A new method of screening vampire bat DNA could help tackle rabies thanks to a joint Danish and British study.

The common vampire bat prefers to feed on the blood of domestic animals such as cows and pigs, risking transmission of pathogens such as rabies.

Using DNA metabarcoding from samples collected in Peru, scientists can now both assess the vampire bat’s diet and look at insights into its population structure.

The information is provided ‘for free’ as it is extracted from blood meal and faecal samples.

University of Bristol co-author Professor Gareth Jones from the School of Biological Sciences, said: “It is great to gain insight into both predator and prey from DNA droppings and blood meals.

“Apart from feeding on domestic animals, vampire bats occasionally took blood from wild tapirs, so the method may be useful for determining the distribution of elusive mammal prey.

“It is also of note that we found no evidence of vampire bats feeding on humans from the DNA left over from their dinners.”

Professor Kristine Bohmann, study lead from the Natural History Museum of Denmark, University of Copenhagen said: “Based on our study, in the future DNA metabarcoding can be used to empower projections of vampire bat related transmission risks, and this can be used to develop strategies to prevent exposure to rabies and humans and animals.”