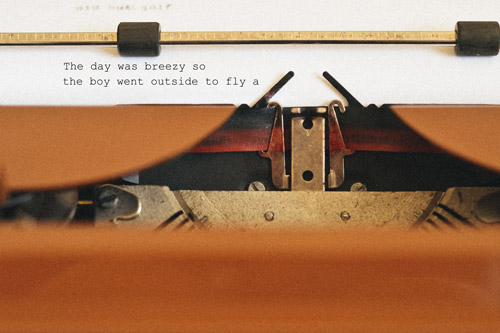 When people read or listen to a conversation, their pro-active brains sometimes predict which word comes next.

But a scientific team led by the Max Planck Institute for Psycholinguistics in the Netherlands, supported by scientists from the University of Bristol, now demonstrates that the predictive function of the human language system may operate differently than the field has come to believe in the last decade.

Their study is the first large-scale, multi-laboratory replication effort for the field of cognitive neuroscience.

When listening to a speaker, we often feel that we know what the speaker will say next. How is this possible? It is assumed that our brain routinely uses clues within a sentence to estimate the probability of upcoming words.

Activating information about a word before it appears helps to rapidly integrate its meaning, once it appears, with the meaning of the sentence.

Dr Mante Nieuwland, Cognitive Neuroscientist at the Max Planck Institute for Psycholinguistics (MPI) and the University of Edinburgh, said: “For over 10 years, language scientists and neuroscientists have been guided by a high impact study published in Nature Neuroscience showing that these predictions by the brain are very detailed and can even include the first sound of an upcoming word.”

These findings had, however, not yet been explicitly replicated since 2005, when the study came out.

Today, a new paper published in the journal eLife by a scientific team led by Dr Nieuwland questions the replicability of those results.

The study is the first large-scale, multi-laboratory replication effort for the field of cognitive neuroscience and shows that the predictive function of the human language system may operate differently than the field has come to believe.

Co-author of the study, Dr Guillaume Rousselet, from the University of Glasgow, added: “Inspired by recent demonstrations for the need for large subject-samples and more robust analyses in psychology and neuroscience research, we re-examined the research question of the original study. We did so by following the original methods and applying improved and current analysis methods.”

Furthermore, the researchers pre-registered their analyses, providing a time-stamped proof that their analysis was not tailored to achieve the reported results.

Each sentence contained an expected or unexpected combination of an article and a noun (for example: “The day was breezy so the boy went outside to fly a kite/an airplane”).

“Nevertheless, this reaction, also called an enhanced N400 response, is not the core argument that the participants’ brains actually anticipated the nouns. After all, it was generated after the nouns were read, and could mean that nouns like ‘kite’ are merely easier to process than nouns like ‘airplane’.”

The key evidence for prediction of a yet unseen noun was originally obtained on the preceding articles.

InEnglish, the correct use of the article ‘a’ or ‘an’ depends on the first sound of the next word. Even though ‘a’ and ‘an’ do not differ in their meaning, the 2005 study showed that unexpected articles also elicited an enhanced N400 response compared to expected articles.

Presumably ‘an’ tells the readers that the next word cannot be ‘kite’. This supported the claim that has stood since 2005 - that readers can make such precise predictions as the first sound of upcoming words.

Dr Nieuwland said: “Crucially, our findings now show that there is no convincing evidence for this claim. With the original analysis, we did not replicate this pattern for the articles. With our improved analysis, we also did not find an effect that was statistically reliable, although the observed pattern did go in the expected direction.

“Of course, it may be that people do predict the sound of upcoming words, but that they do not reliably use the articles to change their prediction.

“This could be because an unexpected article does not rule out that the expected noun will eventually appear (‘a’ can precede ‘kite’ if they are separated by another word, like in ‘an old kite’). Also, we have to consider this study only investigates the English language.

“Other research has shown very different findings in languages such as Spanish, Dutch and French, for which articles correspond to nouns in grammatical gender regardless of intervening words.”

Dr Nina Kazanina from the University of Bristol’s School of Experimental Psychology, said: “We were among the first labs that joined the replication study on Mante Nieuwland's invitation.

“Studies like this are important because they go back to the basics and re-examine empirical findings that provide cornerstones for the field. The notion of prediction in language is intuitive and widely accepted, but its exact mechanisms and limits require thorough examination.”

The authors caution that these new findings should not be interpreted as being against prediction more generally.

They say, there is a larger body of behavioural and neuroscience work that supports a role of prediction in language processing, for example of the meaning of an upcoming word, although many of those other results in the existing literature, especially in neuroscience, still need to be replicated.

However, these new findings show that the reading brain is perhaps not as pro-active as is often assumed, by demonstrating a potential limit to the detail in which it predicts.