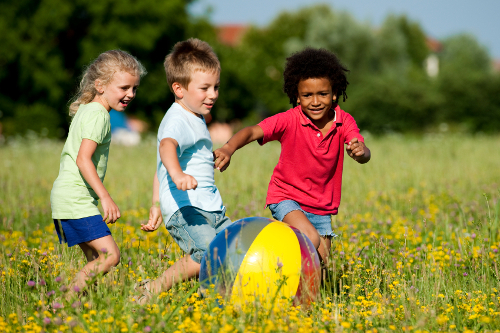 White children show signs of implicit racism from the age of five by favouring people with the same skin colour, according to new research.

Academics from the University of Bristol and York University in Toronto measured the automatic attitudes of 359 white children aged five to 12-years-old by testing their preferences of unknown white and black children in photographs.

While there was no evidence of automatic negativity toward black people, they demonstrated automatic positivity in response to white people.

It also showed that older children, aged nine to 12, weren’t automatically positive toward other white children, which suggests that individual characteristics, such as shared interests, become more important as children get older.

The findings, published in the journal Child Development, cast light on how racial prejudice develops. They have implications for families, service providers, policy makers, and researchers interested in reducing prejudice in young people.

Dr Amanda Williams, from the School of Education at the University of Bristol, said: "This pattern of results is concerning because adults who show stronger automatic bias towards white people often demonstrate less positive behaviour when interacting with black people.

"Our results suggest that interventions designed to decrease negative feelings toward different racial groups might not be the best approach as there is little evidence these attitudes have solidified in childhood.

"Instead, successful interventions for young children aged five to eight-years-old might include extending the notion of the ‘in-group’ – people who they view as being like them - to include people from other racial groups.

This research is timely as racial and ethnic diversity is on the rise globally, meaning children will be required to successfully interact with diverse others in order to be successful in their future careers.

The first measure was an 'exemplar' based measure of automatic attitudes that has not previously been used to measure young children's attitudes. It allows researchers to infer the extent to which children have positive or negative feelings when they see individuals from different racial groups.

The second measure was a 'category' based measure of automatic attitudes that has been used previously with young children. It involved white and black faces being shown next to each other and children must categorize the faces by race to provide information about children’s attitudes.