Homes should not be abandoned after a big nuclear accident 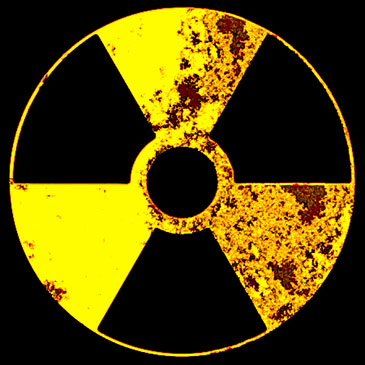 New research suggests that few people, if any, should be asked to leave their homes after a big nuclear accident, which is what happened in March 2011 following the Fukushima Daiichi nuclear disaster.

This is the main finding of a multi-university research study led by Philip Thomas, Professor of Risk Management at the University of Bristol, involving the universities of Manchester and Warwick, The Open University and City, University of London.  The results are published in a special issue of Process Safety and Environmental Protection, a journal from the Institution of Chemical Engineers.

Professor Thomas's team used the Judgement or J-value to balance the cost of a safety measure against the increase in life expectancy it achieves.  The J-value is a new method pioneered by Professor Thomas that assesses how much should be spent to protect human life and the environment.

The researchers found that it was difficult to justify relocating anyone from Fukushima Daiichi, where four and a half years after the accident around 85,000 of the 111,000 people who were moved out by the Japanese government had still not returned.

After the world’s worst nuclear accident at Chernobyl in 1986, in what was then part of the Ukrainian Soviet Socialist Republic of the Soviet Union (USSR), the J-value method supported relocation when nine months' or more life expectancy would be lost due to radiation exposure by remaining.  Using the J-value method, 31,000 people would have needed to be moved, with the number rising to 72,000 if the whole community was evacuated when five per cent of its residents were calculated to lose nine months of life or more.

In fact, 116,000 people were relocated in the months after the accident, with a second relocation introduced by the authorities in 1990.  However, the researchers found the 900 people with the greatest radiation risk amongst the 220,000 strong second evacuation would have lost just three months’ life expectancy by staying in their homes and none should have been asked to leave.  Based on the J-value, only ten to 20 per cent of the 335,000 people who moved away permanently after the Chernobyl nuclear reactor accident needed to leave their homes on grounds of radiological protection.

Philip Thomas, Professor of Risk Management in the Department of Civil Engineering at the University of Bristol, said: "Mass relocation is expensive and disruptive.  But it is in danger of becoming established as the prime policy choice after a big nuclear accident.  It should not be.  Remediation should be the watchword for the decision maker, not relocation."

For comparison, the average Londoner loses four and a half months to air pollution, while the average resident of Manchester lives 3.3 years less than his/her counterpart in Harrow, North London.  Meanwhile, boys born in Blackpool lose 8.6 years of life on average compared with those born in London's borough of Kensington and Chelsea.

The results of the J-value method, which was validated against pan-national data during the study, were supported by two independent studies that formed part of the research project.  Using the theory of optimal control, mathematicians at the University of Manchester carried out a computer analysis of hundreds of possible large nuclear reactor accidents across the world.  They found relocation not to be a sensible policy in any of the expected case scenarios they examined and rarely best policy in their sensitivity cases.

Energy specialists at The Open University using Public Health England's software investigated the likely effects on the public of a severe accident on a fictional nuclear reactor located on England’s South Downs.  Even after applying a rather strict safe-return principle, they found that the expected number of people needing to be relocated permanently was only 620.

The research will be discussed at a public lecture 'Coping with a Big Nuclear Accident' and panel Q&A on Monday 20 November at 6 pm at the University of Bristol, Pugsley Lecture Theatre, University Walk, Bristol BS8 1TR.

The lecture is free but advance booking is required through Eventbrite.

The event, hosted by the South West Nuclear Hub and co-sponsored by the IChemE and the Institute of Measurement and Control, will be livestreamed on the Hub website.

'Coping after a big nuclear accient' by  Thomas, P. J. and May, J. in Management of Nuclear Risk Issues: Environmental, Financial and Safety (NREFS) special issue

About Professor Philip Thomas
Philip Thomas, Professor of Risk Management in the Safety Systems Research Centre at the University of Bristol’s Queen’s School of Engineering, has pioneered the Judgement- or J-value framework, a set of techniques that allow objective recommendations to be made on how much to spend to protect human life and the environment. For a list of publications, see www.jvalue.co.uk.

Management of Nuclear Risk Issues: Environmental, Financial and Safety (NREFS) special issue: Coping with a big nuclear accident
The ten closing papers of the NREFS research project are published open-access as a special issue of Process Safety and Environmental Protection, a journal of the Institution of Chemical Engineers.

To mark the publication of the special issue the researchers of the NREFS project will give a series of lectures outlining their results during an afternoon conference on Monday 20 November.

Contents of the NREFS special issue:

Editorial: “Coping after a big nuclear accident” by Thomas, P. J. and May, J.

Paper: “Quantitative guidance on how best to respond to a big nuclear accident” by Thomas, P. J.

Paper: “Age at death from a radiation-induced cancer based on the Marshall model for mortality period” by Thomas, P. J.

Paper: “Validating the J-value safety assessment tool against pan-national data” by Thomas, P. and Waddington, I.