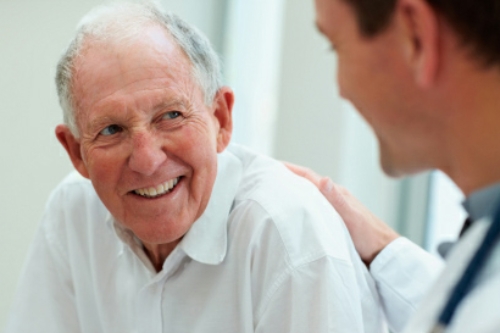 Older patients who do not see the same GP over a period of time are at higher risk of emergency hospital admission than those who see the same or a small number of GPs, according to new research.

Researchers at the Universities of Bristol and Oxford found that the risk of emergency hospital admission was more than twice as high for patients with the least continuity of care compared with those with high continuity of care.

The study, published in Annals of Family Medicine today [Monday 13 November], involved analysing data from 10,000 electronic records of patients aged 65 years and older, from 297 general practices in England, between April 2010 and March 2014. These data were linked to hospital records to measure the association between continuity of care and risk of emergency hospital admission. The team focused on older patients as they are seen more frequently in general practice than younger adult patients and are most at risk of emergency hospital admission.

Acute hospital services in England are under sustained pressure with increasing emergency attendances, resulting in longer waiting times in emergency departments and high bed occupancy rates. These are both associated with poorer clinical outcomes as well as greater demands on staff. Previous evidence suggests that some patients admitted as emergencies could be managed at home. Initiatives to enhance continuity of care, the researchers suggest, could potentially reduce hospital admissions.

Dr Peter Tammes, Senior Research Associate at the University of Bristol's Centre for Academic Primary Care and lead author said: "Our study shows that lack of continuity of care in this high-risk age group is associated with more frequent emergency admissions, which in turn suggests that better continuity of care might lead to a reduction in admissions. Discontinuity of care reduces the opportunity for building trust and mutual responsibility between doctors and patients, which might underlie the increased risk of emergency hospital admission.

"More research is needed to have a clearer understanding of how this association works and to understand patients' values and experiences. It would also be helpful to evaluate new schemes to improve continuity of care, such as the introduction in 2014 of a named GP for elderly patients - especially as the merging of practices into 'super-practices' is expected to lead to an overall decrease in continuity of care.

"Despite the challenges, we hope that these findings support policy makers, commissioners, patients and GPs in their efforts to improve continuity of care, where the evidence supports it."

The research was funded by the NIHR School for Primary Care Research.

About the NIHR
The National Institute for Health Research (NIHR): improving the health and wealth of the nation through research. Established by the Department of Health, the NIHR:

• works with the life sciences industry and charities to benefit all

• involves patients and the public at every step For further information, visit the NIHR website www.nihr.ac.uk.

The views expressed in this release are those of the author and not necessarily those of the NHS, the NIHR or the Department of Health.