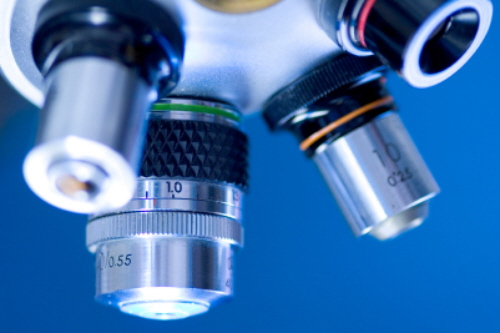 The University of Bristol held its first Animal Welfare and Research 3Rs symposium last month [Thursday 27 April]. During the symposium, scientists had the opportunity to find out about current research and share best practice of the ‘3Rs’: Replace, Reduce and Refine.

The principles of 3Rs, developed over 50 years ago as a framework for humane animal research, are embedded in European and UK law.  When researchers at the University use animals, they always comply with the ‘3Rs’ – aiming to replace them, where possible, with alternatives; to reduce the number of animals used and to refine their experiments to minimise any adverse effects.

At the event, the winners of the University’s first 3Rs competition were announced and presented by Professor John Iredale, Pro Vice-Chancellor for Health at the University, who thanked everyone for the contribution and advances they had made to 3Rs.  The judging panel also included the University’s Veterinary Officer, a Named Animal Care and Welfare Officer and a representative from the UK’s National Centre for 3Rs.

The prize winning research projects were:

The research project that won first prize has developed a refined method for producing aortic aneurysms in mice.  An aortic aneurysm is a bulge in a section of the aorta, which is the body’s main artery, and if the bulge ruptures it can cause sudden death. The research team has also developed a new human aortic aneurysm model in the laboratory, potentially replacing the need for animal models, using arteries taken from the discarded umbilical cord of newly born babies.

The second prize was awarded to a research team who has developed a method for giving oral drugs using solutions that mice and rats both like and which avoids the need for restraint and reduces stress in the animals. The research team found that liquid foods such as condensed milk, milkshake and fruit puree baby food are good solutions to use for giving a wide range of drugs.

The final prize was awarded to a research team who has developed photographic techniques that can be used in conscious animals.  This new technique has revolutionised preclinical eye research and has markedly reduced the number of animals needed for research studies.

Dr Nicola Watts, Director of the Services Unit, said: “All our scientists who work with laboratory animals at the University are committed to the 3Rs and events like this symposium enable the sharing of good practice.”

Professor John Iredale added “Animal research plays an essential role in advancing science and treating many major health problems. Despite the advances in non-animal methods it is still essential to use animals where no viable alternatives exist.”

During the symposium there were also presentations about current research projects and a researcher poster session.