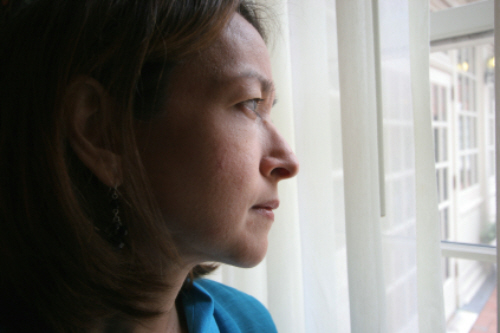 Scientists have looked at over 8,000 parents and children in Children of the 90s and found that the children of women with personality traits associated with emotional and relationship difficulties were at greater risk of depression, anxiety and self-harm in their late teens than their peers.

The researchers from the universities of Bristol, Exeter and King's College London, and the Eunice Kennedy Shriver National Institute of Child Health and Human Development, found that the teenagers were more at risk of these conditions if their mother was sensation-seeking, impulsive, angry, suspicious or detached during their childhood. The more of these personality traits the mother had, the greater the risk to her child’s mental health.

For example, if the mother had high scores on three or more of these personality traits, her child was more than twice as likely to be of risk of depression compared to teenagers whose mothers with low scores on these traits. They were also more at risk of anxiety and self-harm but to a lesser degree than depression.

This was the case regardless of whether or not the mother herself suffered from depression.

It also held true even after a range of other key factors associated with such personality traits were considered. These included the mother's education, her age when she gave birth, whether or not she was a single parent, whether she was a binge drinker when her child was young, whether she smoked, her family income, financial problems, and any history of partner violence.

The same risk of depression was not found when fathers had these personality traits, which could rule out a simple genetic explanation but also suggests that father’s must influence their children in different ways to mothers.

According to the researchers, this is the first time the impact of a mother's personality on her child's future mental health has been assessed in such a large group of people who have been studied for such a long period of time – from when they were in utero in 1991 or 1992 to the present day (now aged 25 or 26).

Dr Rebecca Pearson, the paper's lead author and Lecturer in Psychiatric Epidemiology in the School of Social and Community Medicine at the University of Bristol, said: "Mental-health conditions, notably depression, are some of the world's biggest health problems. We know that if a parent has mental-health problems themselves their child is also at greater risk but we know much less about the role of parent’s personality. Understanding what puts a child at risk of developing mental-health problems later in life is crucial if we want to take steps to stop them happening in the first place or to treat them effectively if they do."

Explaining what she has discovered, Dr Pearson said:"We don't know why these aspects of a mother's personality can affect her child in this way. But there are a number of potential explanations which should be explored further.

"All of the personality traits we assessed are related to emotional and relationship difficulties. In the context of motherhood, this may make responding to the child's emotions and building a consistent, secure relationship with them more difficult.

"For example, if the mother is suspicious of, or detached from, her child the child may find it harder to build a strong emotional attachment to their mother, which can affect the child's emotional development and relationships with others.

"Second, if the mother is prone to impulsive behaviour, she may struggle to maintain consistency and her child may feel insecure and lacking boundaries. This can also lead to depression and anxiety.

"Third, if the mother is angry or impulsive, this may manifest in harsh or hostile behaviours towards her child, especially during disciplinary situations. This can cause the child to feel stressed and have problems managing their emotions. This in turn can lead to self-harm, depression and anxiety."

Dr Paul Moran, the paper's senior author and Reader in Psychiatry in the School of Social and Community Medicine at Bristol, said: "Very few studies have looked at the link between a mother's personality traits and the future mental health of her children.  Our findings suggest that mothers who are prone to being sensation-seeking, impulsive, angry, suspicious or detached, are at greater risk of having children, who themselves later experience serious mental health problems.

"Although our findings do not mean that a mother's personality is causally related to the appearance of mental health problems in her children, mothers with these particular personality traits may benefit from additional support.  Future research will help us to understand the best ways of providing such support."

About Children of the 90s
Based at the University of Bristol, Children of the 90s, also known as the Avon Longitudinal Study of Parents and Children (ALSPAC), is a long-term health-research project that enrolled more than 14,000 pregnant women in 1991 and 1992. It has been charting the health and development of the parents and their children ever since and is currently recruiting the children of the original children into the study. It receives core funding from the Medical Research Council, the Wellcome Trust and the University of Bristol. Find out more at www.childrenofthe90s.ac.uk