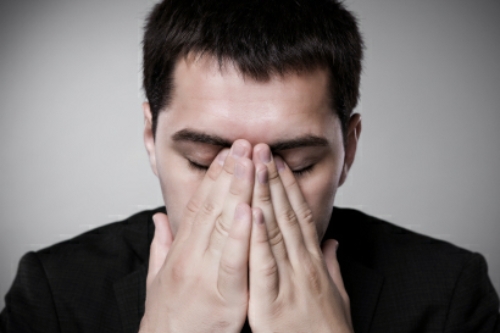 To respond to stress optimally, the body needs to produce glucocorticoid hormones, such as cortisol, extremely quickly. New research by scientists from the Universities of Bristol and Exeter has revealed the molecular network that enables rapid glucocorticoid production within the adrenal glands, and has shown how the behaviour of this network can be altered under severe stress.

Published in the Proceedings of the National Academy of Sciences (PNAS), the study aimed to find out what the most important factors are to allow fast and flexible responses to stress, and how these factors interact with one another.

Researchers from Bristol's Henry Wellcome Laboratories for Integrative Neuroscience and Endocrinology, in collaboration with colleagues from the University of Exeter’s Wellcome Trust Centre for Biomedical Modelling and Analysis, developed a novel mathematical model of the molecular network controlling glucocorticoid synthesis, used the model to predict adrenal responses to stress, and tested these prediction experimentally  in vivo in the rat.

Using this interdisciplinary approach, the authors show how the molecular network in the adrenal gland acts dynamically in unstressed physiological conditions, and how the dynamics of these processes change in the presence of inflammatory stimuli, such as infection or during surgery.

Dr Francesca Spiga, one of the lead authors of the study, said: "This is the first study to show just how dynamically complex the adrenal gland response to stress is, and how sensitive is to clinically important perturbations, such as pro-inflammatory cytokines. Our hope is that a better understanding of this system will improve treatment of patients with inflammatory conditions, such as those undergoing major surgery."

Professor John Terry, from the University of Exeter’s Living Systems Institute and one of the senior authors of the study, added: "It has long been a mystery whether the adrenal glands secreted glucocorticoids purely under instruction from the brain or whether the gland itself played a role in governing the level of hormones.

"Our latest findings add to a growing body of evidence that stress, and the body’s response to stress, is not all in the head, but that the adrenal gland is playing an important role in regulating our stress response."

The findings of this study are important as they show how the dynamics of glucocorticoid production can change under different conditions, which may be responsible for the disrupted rhythms of glucocorticoid hormones associated with disease and ageing.

This study was funded by the Medical Research Council (MRC).