Research review shows that safety is valued too low 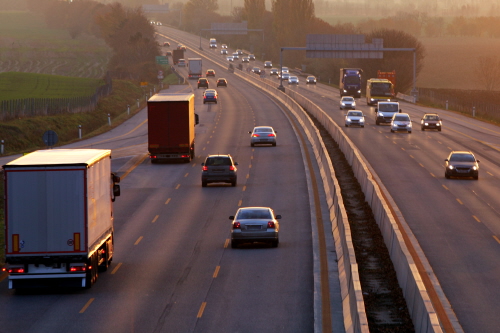 New research has shown that the benchmark used by the Office for Nuclear Regulation for judging how much should be spent on nuclear safety has no basis in evidence and places insufficient value on human life. The review suggests it may need to be ten times higher - between £16 million and £22 million per life saved.

The research review led by Professor Philip Thomas from the University of Bristol and Dr Ian Waddington and published in the journal Nuclear Future, examined the evidence for the “value of a prevented fatality” (VPF) currently used as a safety guideline by the Office of Nuclear Regulation, the Health and Safety Executive and numerous Government departments.

The VPF figure of £1.83 million (published in July 2016) emerged from a 20-year-old small-scale opinion survey of 167 people and its interpretation method has recently been shown to be too flawed to be credible.

The VPF study team came up with the current UK figure after setting aside the results of their first opinion survey, but a recent re-analysis has shown that the discarded valuations were actually entirely rational and understandable and the VPF study team rejected the wrong survey.  An up-to-date interpretation of the first opinion survey would suggest that the VPF should be set about ten times higher than at present, at between £16 million and £22 million per life saved.

The Judgement- or J-value, a new method pioneered by Professor Thomas that assesses how much should be spent to protect human life and the environment that has recently been validated against pan-national data, would value life about four times higher, closer to the value used by the US Department of Transportation ($9.1 million in 2012).

Philip Thomas, Professor of Risk Management in the Department of Civil Engineering, said: “The Office of Nuclear Regulation and other national bodies clearly have a problem with how they should assess the right level of expenditure to protect people from nuclear and other accidents.

“It is difficult to see how any safety case presented from now on that relies in any way upon the UK VPF, whether on the roads, the railways or in the nuclear industry, such as the new nuclear power station at Hinkley Point C in Somerset, could stand up to test in court.  More modern and accurate methods exist, but the regulators are not using them.”

In the past, the Rail Safety and Standards Board (RSSB) asked some members of the VPF team to investigate how much people wanted to spend to counter railway accidents with multiple fatalities.  The team reported their opinion surveys as showing no appetite for extra expenditure to guard against rail accidents causing many deaths.  However, the methods used by the RSSB study team were recently proved to be systematically biased against anyone wanting more to be spent against deaths in large accidents, and so they should not have been used.  Consequently RSSB’s recommendation to cut expenditure against big rail accidents by 66 per cent has not been justified.

“What is the value of life? A review of the value of a prevented fatality used by regulators and others in the UK” by Philip Thomas and Ian Waddington published in Nuclear Future

About Professor Philip Thomas
Philip Thomas, Professor of Risk Management in the Safety Systems Research Centre at the University of Bristol’s Queen’s School of Engineering, has pioneered the Judgement- or J-value framework that provide recommendations to decision makers in high hazard industries on how much to spend to protect human life and the environment. For a list of publications, see www.jvalue.co.uk.

About Dr Ian Waddington
Ian Waddington was formerly a senior software engineer at Ross Technologies Ltd, Bristol, where he worked with Philip Thomas on the J-value in several research projects including NREFS, a project to examine measures put in place to protect power plant workers and the public after the nuclear accidents at Chernobyl and Fukushima Daiichi.  He has provided mathematical support to the development of the J-value framework and led on the computing aspects of the J-value.