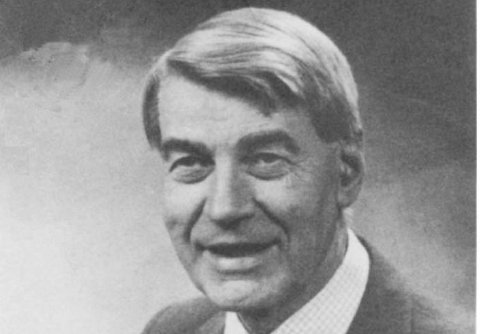 Professor Roger Parsons FRS, a former member of the School of Chemistry, passed away on 7 January. His colleague Roger Alder offers a tribute.

Professor Roger Parsons FRS, who died this year aged 90, was one of the leading electrochemists of his era and a member of the Department of Physical Chemistry at Bristol from 1954 until 1985.

His Ph.D., in 1948, concerned the kinetics of the hydrogen evolution reaction, a topic of fundamental and technological importance. After a further period at Imperial College as a temporary lecturer, he moved in 1951 to a Deedes fellowship at the University of St. Andrews in Dundee (now the University of Dundee) in the department headed by Douglas Everett.

Roger met his wife Ruby while at Dundee. They were married in 1953 and had four children. When Professor Everett moved to the Chair of Physical Chemistry at the University of Bristol in 1954, Roger accompanied him. Roger's stay in Bristol lasted until his secondment in 1977 to be Directeur du Laboratoire d'Electrochimie Interfaciale du CN.R.S. at Meudon in France. He led this laboratory with distinction until returning to Bristol in 1984. Roger’s final professional appointment was as Professor of Chemistry at the University of Southampton, from 1985 to 1992.

Roger's scientific interests ranged across electrochemical kinetics, adsorption processes, the use of optical methods in interfacial studies, the development and interpretation of electrochemical measurements at single crystal electrode surfaces and – the topic for which he is best known: the electrical double layer. These interests resulted in over 200 publications spanning five decades. Roger's first publication in the Faraday Transactions of the Chemical Society (now the Royal Society of Chemistry) dates from 1948 and he was still publishing in the 1990s.

The quality of his publications is evidenced by the continued citation of his classic work relating to electrocapillary and capacitance measurements, to adsorption, to hydrogen evolution and to the Parsons-Zobel plot. The importance of his work was recognised by election to the Fellowship of the Royal Society in 1982, the award of the Olin/Palladium medal of the Electrochemical Society, London in 1979, the Paul Pascal prize of the Academy of Sciences, Paris in 1983, and the Galvani medal of the Italian Chemical Society, Bologna, in 1986.

In 2003 Roger was given one of the most prestigious awards of the Royal Society, the Davy Medal, for “his contributions to electrochemistry, especially methods of preparing, for the first time, clean and well-defined metal surfaces and putting them into contact with the electrolyte without contamination”.

Roger's influence extended beyond his own contributions. Throughout his career, he was a prolific participant at conferences and his many fruitful interactions with scientists around the world were fostered through his generous hospitality and his love of music, literature and art.