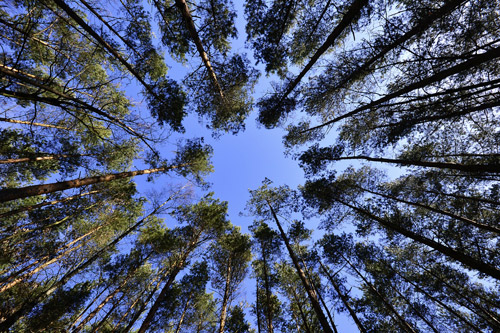 Forests are set to play a major role in meeting the objectives of the Paris Climate Agreement - however, accurately monitoring progress toward the 'below 2°C' target requires a consistent approach to measuring the impact of forests on greenhouse gas (GHG) emissions.

In a paper published in the journal, Nature Climate Change: Key role of forests in meeting climate targets but science needed for credible mitigation, scientists are calling for robust, transparent and credible data to track the real mitigation potential of forests.

Dr Joanna House from the University of Bristol’s Cabot Institute is a co-author of the paper. She said: "There is no doubt forests have enormous potential to mitigate against climate change, primarily through reducing deforestation, planting new forests and managing existing forests.

"Forests play a major role in in the pledges made by countries towards meeting the targets set by the Paris Climate Agreement, meeting up to a quarter of greenhouse gas emissions reductions up to 2030. This is a huge contribution considering they only contribute 10 per cent of emissions, while fossil fuels contribute 90 per cent."

In December 2015, 195 countries adopted the Paris Climate Agreement at the 21st Conference of Parties (COP-21) of the United Nations Framework Convention on Climate Change (UNFCCC). As part of the process, 187 countries – representing more than 96% of global net emissions – submitted their Intended National Determined Contributions (INDCs), which form the basis for implementing mitigation actions under the climate agreement. The INDCs pledged ahead of the Paris meeting only limit global average temperatures to around 3.5 degrees C, not “well below” 2 degrees as required in the Paris Agreement.

"Most countries include the Land Use, Land Use Change and Forestry (LULUCF) sector in their INDCs, with a clear focus on forests. However, countries use different ways of calculating the land sector emissions reductions it in their national targets. Consequently, evaluating the expected effect of the land sector on the INDC mitigation targets is very complex," said Dr House.

The EU’s Joint Research Centre and a team of international collaborators, led by Dr Giacomo Grassi and including Dr House, carried out the first and most thorough quantification and interpretation of country mitigation plans in the LULUCF sector. Using information and data reported by countries under the UNFCCC process, backed up with country data reported to the United Nations Food and Agriculture Organisation, they compared it with independent estimates in the scientific literature.

Dr House added: "Comparing the overall mitigation contribution of the land sector to all other sectors such as energy, we found that globally it contributes to about 25% of the total INDC emissions reduction.

"The INDC commitments still fall short of meeting the Paris Targets, and despite the role of forests, there will need to be further drastic reductions in fossil fuel emissions to avoid the worst impacts of climate change.

"Climate impacts are already being felt throughout the world as 2014, 2015 and 2016 were each consecutively the warmest years on record.  Forests play an important role, not least because of the co-benefits of biodiversity, rainfall recycling, and protection from flooding and erosion.  However our land resource is limited, so there is no getting away from the need to also switch to low carbon energy as many countries are doing with great success while their economies continue to flourish."

Tracking the mitigation potential of forests requires more confidence in numbers, including reconciling estimates between country reports and scientific studies.  However, the credibility of land-based mitigation may be hampered by large uncertainties in the way countries consider mitigation and their GHG estimates. National GHG inventories must be improved in terms of transparency, accuracy (including information on uncertainties), consistency, completeness and comparability, especially in developing countries” said lead author, Giacomo Grassi from the EU’s Joint Research Centre.

"There is also an urgency to reconcile the currently relevant differences between the GHG estimates provided in the country reports and those based on scientific assessments. Progress toward achieving the long-term goals of the Paris Agreement will be based on both country reports and scientific assessments by the Intergovernmental Panel on Climate Change (IPCC). Without speaking a common language, conflicting numbers may undermine confidence in reaching targets, and progress toward the 'below 2°C' target cannot be properly assessed," said Dr House.