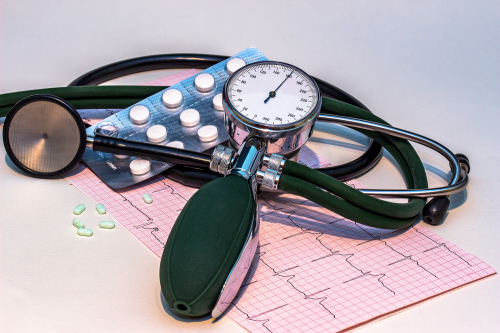 A Bristol team has used a deep brain stimulation technique to dramatically reduce a woman’s high blood pressure – the first time in the world the procedure has been carried out for hypertension. The discovery raises hopes for patients with drug-resistant hypertension.

The case led by North Bristol NHS Trust neurosurgeon Mr Nik Patel working alongside researchers at the University of Bristol and University Hospitals Bristol NHS Foundation Trust has been published in the journal Hypertension (February 27, 2017).

Amely Hoffmann’s blood pressure was extremely high and all other drugs and devices had been tried in an attempt to reduce it without success. She had suffered high blood pressure for ten years, which was causing exhaustion and migraines, and was taking eight different antihypertensive drugs, which were also causing side effects.

Mrs Hoffmann said: “Despite countless tests and check-ups, no one seemed to be able to find the cause. The doctors also put a lot of effort into finding a proper medication for me to bring down the blood pressure. I was suffering from very intense headaches and endured a sudden deafness / hearing loss eight times. They resulted in a complete deafness of the right ear and a severe hearing loss of the left ear. I was afraid what the future might bring and I was worried for my children.”

After a chance discovery online Mrs Hoffmann got in touch with Mr Patel to see if he could help her.

In 2011, the consultant neurosurgeon had published details of a previous case where deep brain stimulation (DBS) had been used for neuropathic pain but the procedure had also resolved his hypertension (high blood pressure).

DBS is an established neurological procedure that involves inserting an electrode – a thin insulated wire – into the brain, which is connected to a device similar to a pacemaker that stimulates a specific area of the brain. It is typically used in patients with Parkinson’s and those with intractable pain and at North Bristol NHS Trust it is carried out using a state-of-the-art robot. By targeting the periaqueductal grey (PAG) region of the brain to control severe pain Mr Patel had discovered the impact it could have on blood pressure.

Mrs Hoffmann became the first known person in the world to have elective DBS for a cardiovascular disease in May 2012 at Frenchay Hospital as part of a research trial.

When she first visited Bristol from her home in Germany for an appointment with Consultant Cardiologist Dr Angus Nightingale at the Bristol Heart Institute Mrs Hoffmann’s blood pressure was 320/150 mmHg. Normal blood pressure is 90-120/60-80- mmHg and a patient with severe hypertension would typically have blood pressure of 180/90 mmHg.

Dr Nightingale said it was the highest blood pressure he had ever seen, he added: “We checked this several times to make sure it was real. It’s amazing that her body has survived with such a high blood pressure. We were worried that she could have a stroke at any time.”

Following the DBS procedure Mrs Hoffmann’s dropped 100 – 150 mmHg and she was able to stop taking seven of the eight drugs she had previously needed.

Two and-a-half years after the DBS the effect has been sustained and Mrs Hoffmann’s blood pressure ranges between 180 – 220/130 mmHg and her quality of life has improved.

Mrs Hoffmann said: “The incredible difference the DBS made was obvious immediately after the surgery. The device was not even switched on, but placing the electrode in my brain and the resulting swelling alone brought down my blood pressure by about 150 mmHg. I didn’t have to take any of my blood pressure lowering drugs anymore, except for one which you need to stop taking gradually.”

High blood pressure can lead to heart failure, renal failure and stroke and up to 15 per cent of people with hypertension do not respond to the current drug therapies or devices available.

Mr Patel said: “We are impressed by these encouraging findings, which may hold promise for a substantially large population of patients with drug-resistant hypertension, who otherwise remain at risk of suffering strokes and cardiovascular disease

“High blood pressure has the biggest burden on human health currently. We need to broaden this study to see whether it genuinely could be a possible treatment for this group of patients, but we are hopeful.”

Julian Paton, Professor of Translational Cardiovascular Science at the University of Bristol and co author of the study, said: “We’ve long known from animal models that stimulation of the PAG can regulate blood pressure and as such DBS within the PAG offers a new opportunity to control blood pressure in patients with resistant hypertension.”

Studies funded by the British Heart Foundation and performed by Dr Erin O’Callaghan and Dr Emma Hart from the University of Bristol found that DBS reduced the activity of nerves regulating blood pressure by 40 per cent.

A small trial is planned to test the efficacy of DBS as a treatment option for drug-resistant hypertensive patients.

This work has been carried out with the support of the Severnside Alliance for Translational Research (SARTRE), North Bristol NHS Trust, University Hospitals Bristol NHS Foundation Trust, the University of Bristol and the British Heart Foundation.