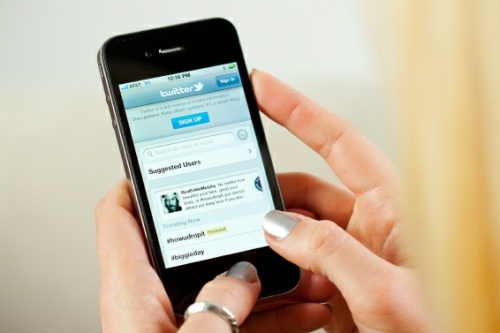 In the largest study of its kind, researchers from the University of Bristol have analysed mood indicators in text from 800 million anonymous messages posted on Twitter. These tweets were found to reflect strong patterns of positive and negative moods over the 24-hour day.

Circadian rhythms, widely referred to as the ‘body clock’, allows people’s bodies to predict their needs over the dark and light periods of the day. Most of this circadian activity is regulated by a small region in the hypothalamus of the brain called the suprachiasmatic nucleus, which is particularly sensitive to light changes at dawn and dusk, and sends signals through nerves and hormones to every tissue in the body.

The research team looked at the use of words relating to positive and negative emotions, sadness, anger, and fatigue in Twitter over the course of four years. The public expressions of affect and fatigue were linked to the time they appeared on the social platform to reveal changes within the 24-hours. Whilst previous studies have shown a circadian variation for positive and negative emotions the current study was able to differentiate specific aspects of anger, sadness, and fatigue.

Lead author and machine learning researcher Dr Fabon Dzogang, in collaboration with neuroscientist and current British Neuroscience Association President, Professor Stafford Lightman from Bristol Medical School: THS, and Nello Cristianini, Professor of Artificial Intelligence from the Department of Engineering Mathematics, have found distinct patterns of positive emotions and sadness between the weekends and the weekdays, and evidence of variation of these patterns across the seasons.

Dr Fabon Dzogang, research associate in the Department of Computer Science, said: “Our research revealed strong circadian patterns for both positive and negative moods. The profiles of anger and fatigue were found remarkably stable across the seasons or between the weekdays/weekend. The patterns that our research revealed for the positive emotions and sadness showed more variability in response to these changing conditions, and higher levels of interaction with the onset of sunlight exposure. These techniques that we demonstrated on the social media provide valuable tools for the study of our emotions, and for the understanding of their interaction within the circadian rhythm.”

Nello Cristianini is Professor of Artificial Intelligence at the University of Bristol.  His current research covers the large-scale analysis of media content (news and social media), using various AI methods, and the implications of Big Data.