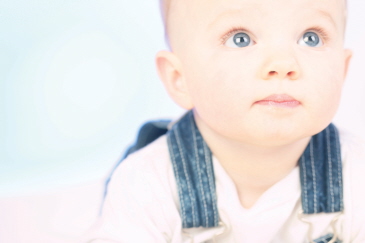 Newborn infants may be at risk of breathing difficulties if left in car safety seats for long periods, particularly when travelling, new research from the University of Bristol has shown.

Most UK hospitals require premature infants to complete a ‘car seat challenge’ before discharge. Infants are observed for breathing difficulties or changes in heart rate while in a car seat. However, the test does not take into account the more upright position in a car, or the vibration of the seat when the car is moving. This study is the first to assess the effect of motion on infants and to replicate the angle of the rear seat of a small family car.

The researchers developed a motion simulator to reproduce vertical vibration, similar to that at the base of a car safety seat in a rear-facing position in the back of a small family car. The simulator was designed, manufactured and tested by the Human Factors Research Unit at the University of Southampton’s Institute of Sound and Vibration Research.  The simulator reproduced the vertical vibrations from travelling at 30mph on a straight urban road, without braking, acceleration or going over bumps.

The test allowed the team to look at how the vibrations affected babies’ heart and lung functions. They discovered that both full-term and pre-term babies showed significant signs of potentially negative cardiorespiratory effects.

Professor Peter Fleming, from the University of Bristol’s School of Social and Community Medicine, said: “This was a unique pilot study – the first to look at the physiological effect of vibration on infants in a car safety seat.  The standard static car seat challenge currently used in hospitals does not reflect the angle infants are placed at, or the motion of the journey.

“Placing an infant at the more upright 40° position, along with the vibration experienced in a car, leads to significantly increased heart and respiratory rates, and decreased oxygen saturation.  Simulating motion reveals a striking increase in potentially clinically significant oxygen desaturations.  Surprisingly, we found these differences were similar in term and preterm infants”.

Dr Renu Arya, who led the research when she was a Consultant Paediatrician at Great Western Hospitals NHS Foundation Trust, added: “Parents should not stop using car safety seats to transport their infants. Infants must be protected in moving vehicles, and UK law requires car seats be used whenever infants travel in cars. However, our findings support the AAP (American Academy of Paediatrics’) guideline that infant car seats should not be used as a routine infant sleep environment.”

Professor Michael Griffin, from the Institute of Sound and Vibration Research at the University of Southampton, said that more research in this area was clearly needed: “We may well be able to use the motion simulator to investigate the potential benefits and limitations of various designs of infant car seats.  What we find could help inform a revision of current recommendations for testing infants’ suitability for travel in an infant car seat, and also have implications for the design of car seats for newborn infants.”

Francine Bates, chief executive of the Lullaby Trust, said the findings provided cause for concern and advised parents to keep a watchful eye on babies travelling in a car seat: “We recommend that parents also avoid driving long distances without a break.  However, avoiding the risk of injury due to a road traffic accident is paramount and fitted car seats should always be used to transport babies and toddlers. It is clear that further research is needed to explore what more we can do to ensure babies are safe and comfortable when travelling in a car seat and we will be convening an urgent summit of leading child car seat manufacturers to take this forward in the autumn.”

The Lullaby Trust (formerly known as Foundation for the Study of infant Deaths) provides specialist support for bereaved families, promotes expert advice on safer baby sleep and raises awareness on sudden infant death. Working with the NHS, it runs a national health-visitor led service for bereaved parents, Care of Next Infant (CONI) programme, which supports families before and after the birth of their new baby. It supports research to understand why 400 babies a year die suddenly and unexpectedly in the UK, and to find out more about how to prevent these deaths. The Lullaby Trust operates nationwide across England, Wales and Northern Ireland. It runs an information line for parents and professionals (0808 802 6869) and a dedicated line for bereaved families (0808 802 6868). Both are free to call from landlines and mobiles.