As Schiaparelli prepares to land on Mars, hear about the legacy of Beagle 2 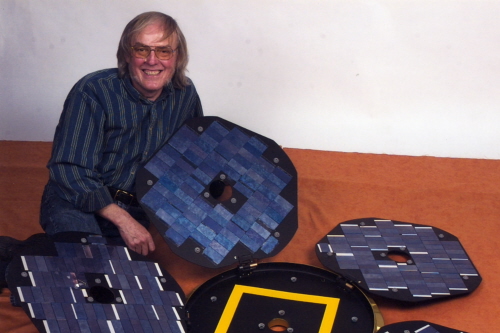 With the much-anticipated landing of the Schiaparelli spacecraft on Mars tomorrow [19 October], the University of Bristol has announced a special event being held in memory of Colin Pillinger – the Bristol-born scientist best known for leading the Beagle 2 mission to Mars.

Experts will give a free public talk in the Wills Memorial Building on 16 November, sharing their experiences of working on Beagle and giving a unique insight into their latest findings after the spacecraft was discovered more than 10 years after it landed but no contact was ever made with Earth.

As Schiaparelli - a joint venture between the European Space Agency and Russia's space agency - approaches the surface of Mars, hoping for a safe landing before deploying new technology, thoughts are turning to Beagle 2 and its role in the history of space exploration.

Professor Colin Pillinger CBE FRS, who was born and educated in Kingswood, started his scientific career as part of the University of Bristol team analysing the Apollo lunar samples. Over the next four decades, his famed career found tantalising evidence of life on Mars while his bushy sideburns and westcountry accent became known worldwide.

The second Colin Pillinger Memorial Talk, entitled 'Beagle 2 and Bedbugs', is organised by the University with Colin's family and will feature two of his former colleagues – Professor Mark Sims and Dr Geraint (Taff) Morgan.

Professor Sims, Beagle 2 mission manager, will speak of the challenges that Beagle 2 faced and update us on the latest interpretations of the recent images that show the lander on the surface of Mars, so many years after it had been declared lost.

Colin’s widow, Judith, said: "I'm pleased that this year's talk will demonstrate how the legacy of Beagle 2 lives on in an ever-expanding range of applications on Earth.  It shows that being involved in space science and technology can offer exciting career opportunities for many young people, not just aspiring astronauts.