Antibiotics could be cut by up to a third, say dairy farmers 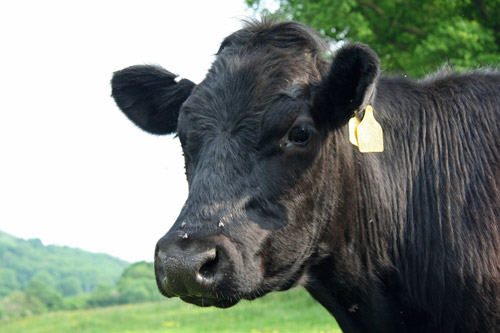 Nine in 10 dairy farmers participating in a new survey from the Royal Association of British Dairy Farmers (RADBF) say that the farming industry must take a proactive lead in the battle against antibiotic resistance. Those questioned also think that over the next five years they could cut their own antibiotic use by almost a third in dry cow therapy and a fifth in clinical mastitis.

The survey of over 300 farmers, farm managers and farm workers conducted by RADBF last month in collaboration with the University of Bristol assessed attitudes to and use of antibiotics in dairy and beef farming. It was carried out in the wake of the Government-commissioned O'Neill Review on Antimicrobial Resistance (AMR) published earlier this year.

At a media briefing in London today, Monday 3 October, Dr Kristen Reyher from the University of Bristol's School of Veterinary Sciences expressed that, in analysing the results, her team was very encouraged that dairy farmers thought it possible to achieve a median reduction of 30 percent in antibiotic dry cow therapy use within the next five years.

Dr Reyher, Senior Lecturer in Farm Animal Science, said: "As well as this, reductions of 15 percent in antibiotic use to treat calf diseases – most probably pneumonia and calf scour - and 20 percent to treat clinical mastitis in milking cows are thought possible.

"Within this there is also scope to reduce the use of antibiotics considered critically important for human medicine. There is a recent focus on these (including fluoroquinolones and third- and fourth- generation cephalosporins), and the survey showed that not all farmers are aware of treatments that use these antibiotics. This is an area we can address in order to prioritise and safeguard the effectiveness of these important medicines."

"Veterinarians are also crucial in this conversation," Dr Reyher added. "As all antibiotics remain prescription only, vets play a key role in helping to clarify the priority antibiotics to cut back along with discussing better management strategies and alternative treatments with clients as well as gathering data on use. The survey results indicate that there is space for vets to have greater input in this area. But a great deal is already happening - one farmer said his vet only rarely has a conversation with him about reduced use or critically important antibiotics because he knows they are aware of the issues, and only uses what the vet recommends. This farmer went on to say that he had already drastically reduced use in calves due to improved colostrum management and pneumonia vaccination, both efforts that should be lauded."

Reduction of critically important antimicrobials is something the University of Bristol has been working hard on, and over the past six years their farm animal practice has reduced prescribing of these critical antimicrobials, using none in recent years.

"There are big gains to be made, and the best way forward is to encourage farmers and vets to work closely together," Dr Reyher said.

RABDF Council member and dairy farmer, Di Wastenage said the findings indicated that some of the motivation to reduce may coming down the supply chain.

“Three-quarters of respondents in dairying said their milk purchaser was starting to ask about antibiotic use. Alongside this, 97 percent thought the sector needed to be seen to be 'doing its bit' to tackle the issue, and 88 percent agreed reductions needed to happen before they were forced to make them,” she explained.

Mrs Wastenage said the survey results would be fed into current farming industry initiatives to measure and reduce use of antibiotics, such as those being run by RUMA and CHAWG. But she said they also highlighted some important calls to action the RABDF itself would take forward, using its UK-wide reach and close connections with the wider dairy industry.

"There are opportunities to work with the British Cattle Veterinary Association and vet practices to explore more closely the way farmers and vets work together. Previous work from the University of Bristol tells us that vets sometimes feel pressured to prescribe antibiotics, even if farmers don’t mean to pressure them. Farmers have to be receptive to advice as well as vets being willing to deliver it – we can examine this more closely with RABDF members.

"Clearer labelling of medicines could also help signal when antibiotics are being used, and especially the critically important ones. This is an area we plan to explore with the pharmaceutical industry.

"The survey also identified that 40% of respondents in the dairy sector were recording medicines use electronically in some form already, as were almost 30 percent in the beef sector. It should be possible to migrate these records to a central system – something that will help CHAWG in its current investigations on how to gather data on use."

Finally, Mrs Wastenage said there were opportunities to look at the role dairy consultants could play, to incorporate modules to support the reduction of antibiotic use into RABDF training programmes and to promote the concept to BTEC and other training providers.

"It's clear there is very good awareness of the threat. Now is the time to think big and be ambitious. The activities suggested in the survey include selective dry cow therapy, better uptake of vaccination, use of fever tags and thermal imaging along with improving ventilation, housing and system design, so it would be interesting to explore these in more detail. The challenge remains of how to make reductions without impacting welfare."