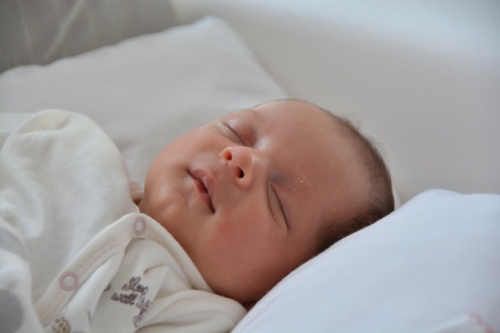 The risk of Sudden Infant Death Syndrome (SIDS) appears to increase when infants are swaddled while sleeping on their stomachs or sides, new research has found.

The analysis, carried out by the University of Bristol, looked at four studies, which spanned two decades and covered three diverse geographical areas, including regions of England; Tasmania in Australia; and Chicago, Illinois.

Review lead author Dr Anna Pease, from the School of Social and Community Medicine, said: “The focus of our review was not on studies about swaddling - a traditional practice of wrapping infants to promote calming and sleep – but on studies that looked at Sudden Infant Death Syndrome (SIDS). We tried to gather evidence of whether there was an association between swaddling for sleep and SIDS.

“We only found four studies and they were quite different, and none gave a precise definition for swaddling making it difficult to pool the results. We did find, however, that the risk of SIDS when placing infants on the side or front for sleep increased when infants were swaddled.”

Despite the studies’ limitations, the analysis indicates that current advice to avoid placing infants on their front or side to sleep may especially apply to infants who are swaddled. The risk associated with being placed in the side position almost doubles among swaddled infants.

Dr Pease said: “We found some evidence in this review that as babies get older, they may be more likely to move into unsafe positions while swaddled during sleep, suggesting an age is needed after which swaddling for sleep should be discouraged. Most babies start being able to roll over at about 4-6 months.

“On a practical level what parents should take away from this is that if they choose to swaddle their babies for sleep, always place them on their back, and think about when to stop swaddling for sleep as their babies get older and more able to move.”

‘Swaddling and the Risk of Sudden Infant Death Syndrome: a Meta-analysis’ by Anna Pease et al in Pediatrics