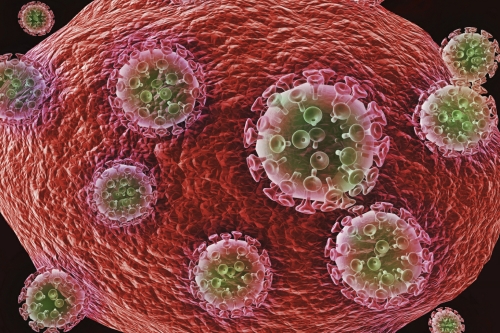 An estimated 2.3 million people living with HIV are co-infected with hepatitis C virus (HCV) globally, a new study by the University of Bristol and the London School of Hygiene & Tropical Medicine has found.

Of these, more than half, or 1.3 million, are people who inject drugs (PWID). The study also found that HIV-infected people are on average six times more likely than HIV-uninfected people to have HCV infection, pointing to a need to improve integrated HIV/HCV services.

HIV and HCV infections are major global public health problems, with overlapping modes of transmission and affected populations. Globally, there are 37 million people infected with HIV, and around 115 million people with chronic HCV infection. However, very little was known about the extent of HIV/HCV coinfection prior to this study, which was the first global study of its kind.

Sponsored by the World Health Organisation (WHO), the study was published online in The Lancet Infectious Diseases on February 24. WHO commissioned the study to inform an update of its guidelines on screening of coinfections and initiation of antiretroviral therapy, and to inform regional and national strategies for HCV screening and management.

The study systematically reviewed 783 medical studies from worldwide sources to build the first global estimates on the prevalence of HIV/HCV co-infection (measured by HCV antibody) as a public health problem.

Dr Philippa Easterbrook, from WHO’s Global Hepatitis Programme said: “The study shows that not only are people with HIV at much higher risk of HCV infection, groups such as people who inject drugs have extremely high prevalence of HCV infection – over 80 Per cent. There is a need to scale-up routine testing to diagnose HCV infection in HIV programmes worldwide, especially among high-risk groups, as the first step towards accessing the new, highly curative HCV treatments.”

Dr Lucy Platt, lead author and senior lecturer from the London School of Hygiene & Tropical Medicine said: “Despite a systematic search of published and unpublished literature, estimates were identified in only 45 per cent of countries and the study quality was variable. Improvement in the surveillance of HCV and HIV is imperative to help define the epidemiology of coinfection and inform appropriate policies for testing, prevention, care and treatment to those in need. This is especially the case in countries with growing populations of PWID and also in sub-Saharan Africa where the burden of coinfection is large due to high burden of HIV.”

Professor Peter Vickerman, from the University of Bristol’s School of Social and Community Medicine said: “This study shows how important injecting drug use is in driving the epidemic of HCV in people with HIV infection, especially in eastern European and central Asian countries. It also shows the need to scale up prevention interventions, such as needle and syringe programmes and opioid substitution therapy, as well as access to HIV and HCV treatment, to reduce morbidity and new infections.”

The study focusses on prevalence of HCV antibodies that measures exposure to HCV but not active infection. Measuring the presence of active virus and the need for treatment requires an additional more costly viral test, which very few of the reviewed studies had done. Around 20-30 per cent of people exposed to HCV and found positive with antibody will clear the virus.

The study shows the greatest burden of HIV/HCV coinfection in Eastern Europe and central Asia, where there are an estimated 607,700 cases (27 per cent of all cases), particularly among PWID. The sub-Saharan African region accounts for 19 per cent of all cases, with 429,600 cases, due to high burdens of HIV.

The researchers included studies with estimates of HCV coinfection in the main HIV population, as well as sub-groups of PWID, men who have sex with men, heterosexually exposed and pregnant women, other high-risk groups and the general population. Studies were eligible if they included a minimum of 50 individuals.

The search focused on published medical literature, and excluded samples drawn from populations with other comorbidities, or undergoing interventions that put them at increased risk of coinfection.

Paper: 'Prevalence and burden of HCV co-infection in people living with HIV: a global systematic review and meta-analysis' by L Platt et al in The Lancet Infectious Diseases