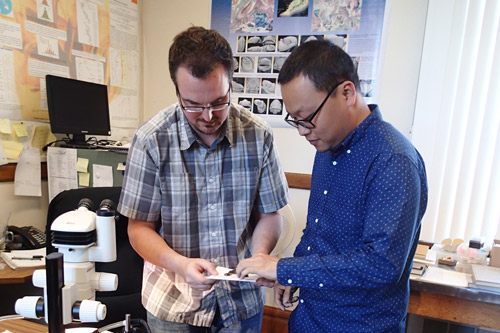 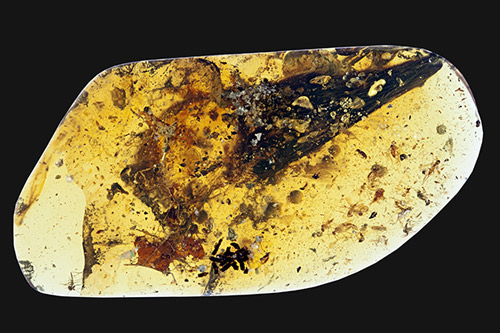 Two new specimens of tiny bird wings trapped in amber from rocks have been uncovered in China. The fossil wings seem to have come from baby birds that got trapped in the sticky sap of tropical trees 100 million years ago.

Thousands of remarkable fossil birds from the time of the dinosaurs have been uncovered in China. However, most of these fossils are flattened in the rock, even though they commonly preserve fossils.

The international research team was led by Dr Xing Lida from the China University of Geosciences, and colleagues from Canada, United States and Professor Mike Benton from the University of Bristol, UK. The specimens come from a famous amber deposit in northeastern Myanmar, which has produced thousands of exquisite specimens of insects of all shapes and sizes, as well as spiders, scorpions, lizards, and isolated feathers. This is the first time that whole portions of birds have been noted.

The fossil wings are tiny, only two or three centimetres long, and they contain the bones of the wing, including three long fingers armed with sharp claws, for clambering about in trees, as well as the feathers, all preserved in exquisite detail. The anatomy of the hand shows these come from enantiornithine birds, a major group in the Cretaceous, but which died out at the same time as the dinosaurs, 66 million years ago.

Amber is solidified tree sap, and the Burmese amber occurs in small blocks that are polished to reveal the treasures within.

Mike Benton, Professor of Vertebrate Palaeontology from the School of Earth Sciences at the University of Bristol and one of the researchers, said: "These fossil wings show amazing detail.  The individual feathers show every filament and whisker, whether they are flight feathers or down feathers, and there are even traces of colour – spots and stripes.

Dr Xing Lida, lead author of the study, explained: "The fact that the tiny birds were clambering about in the trees suggests that they had advanced development, meaning they were ready for action as soon as they hatched.

"These birds did not hang about in the nest waiting to be fed, but set off looking for food, and sadly died perhaps because of their small size and lack of experience. Isolated feathers in other amber samples show that adult birds might have avoided the sticky sap, or pulled themselves free."

The Burmese amber deposits are producing a treasure trove of remarkable early fossils, and they document a particularly active time in the evolution of life on land, the Cretaceous terrestrial revolution. Flowering plants were flourishing and diversifying, and insects that fed on the leaves and nectar of the flowers were also diversifying fasts, as too were their predators, such as spiders, lizards, mammals, and birds.