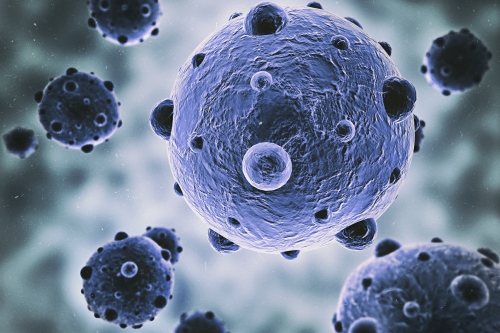 A consortium of nine academics from the University of Bristol has been awarded £1.5 million to carry out research on antibiotic resistance (AMR) in animals and the risks it poses to humans.

A major aim of the University of Bristol project is to test whether AMR bacteria from cattle cause drug resistant infections in humans.

Project lead Dr Matthew Avison, from the University’s School of Cellular & Molecular Medicine, said: “People carry AMR bacteria in their intestines, which get in through the mouth – for example as a contaminant of food or water, or because of poor personal hygiene. Most of the time these bacteria do little harm, but occasionally they get into places they shouldn’t, for example, the urinary tract. Here they can cause unpleasant symptoms that need treating with antibiotics. Tens of thousands of these urine infections occur in the UK every year. AMR means the infection will be drug resistant. The patient will be ill for longer, will get more ill than they otherwise would, and, in extreme cases some people will die.”

“There is little doubt that over-using antibiotics in farm animals and pets increases the number of AMR bacteria in those animals, just as it does in humans. There is also strong evidence that AMR bacteria present in farm animals can spread to humans having close physical contact with them (e.g. farm workers). However, there is considerable debate about the extent that AMR bacteria can spread more widely – for example when people eat food contaminated with bacteria from animals or interact with environments contaminated with animal wastes. Our research project will add much needed data to the debate.”

“We really don’t know if AMR bacteria from cattle are a significant cause of drug resistant infections in humans. To find out, we will follow a sample of 500,000 people from Bristol and the surrounding regions, over a one year period, and determine how many urine infections are caused by AMR bacteria that we also find in dairy cows.”

Whether transmission of AMR bacteria from animals to humans is a significant threat or not, there is a drive to reduce AMR levels in bacteria in animals. The project also aims to identify how that might be achieved.

Dr Kristen Reyher, from the University’s School of Veterinary Sciences and lead of the cattle part of the project said: “We are working with farmers, veterinarians, retailers and government bodies to encourage responsible use of antibiotics, and are leading the way with our own farm animal veterinary practice, having reduced our use of critically important antibiotics to almost nil over the past six years while continuing to improve animal health and welfare. As others follow our lead, this ‘AMR in the real world’ project will allow us to document how the patterns of AMR bacteria on dairy farms change in response to reducing the use of antibiotics in livestock.”

The project will also examine how the wider population is exposed to bacteria from dairy cattle. Dr Avison said: “The levels of bacteria in milk are low, and in pasteurised milk very low indeed, so the risk of picking up AMR bacteria by consuming dairy produce is very small. People might, however, encounter cattle bacteria in the environment, for example while walking on public footpaths that pass through farmland. We want to see if this is a real possibility.”

In order to answer this question, the study team will enrol the help of dog owners in Bristol and surrounding regions. Puppies will be recruited via a pioneering research project recently launched in the University of Bristol’s School of Veterinary Sciences called ‘Generation Pup’ led by Dr Rachel Casey and funded by Dogs Trust. The study team will monitor levels of AMR bacteria in puppies by testing their faeces before they start going outside and after several months of regular walks along public footpaths, checking to see if the puppies pick up AMR bacteria detected on the footpaths.

Dr Avison said: “My chocolate Labrador Wilma has a particular affinity for cow pats. Walking with her across farmland, it struck me that if anyone is picking up AMR bacteria from cattle it will be her. So we want to test whether this happens across a range of different dogs, walking in different places, and at the same time we want to learn about other risk factors for dogs picking up AMR bacteria; for example whether they themselves have been given antibiotics.”

Dr Casey said: “This project is a unique opportunity to build on the existing strengths of Generation Pup and answer key questions about potential bacterial and AMR transfer between cattle and dogs. It’s hugely exciting to be part of a project that brings together AMR data for multiple species under one geographical ‘roof’.”

The final strand to the project will put the animal to human AMR transmission work into context by determining the effect of antibiotic use in humans by GPs on the levels of AMR bacteria in people, and what happens when that antibiotic use is reduced.

The final report presented by UK government advisor Lord Jim O’Neill on 19th May explained that the use of antibiotics in farming has been linked with an increase in the number of antibiotic-resistant infections in people. This point formed a part of the Prime Minister’s address to the G7 summit on 27th May setting out the UK’s initial response to the O’Neill review.

More information about the UK Research Councils’ “Tackling AMR – A Cross Council Initiative” is highlighted on the MRC’s website.

Information on the Cross Research Council AMR Theme 3 “AMR in the Real World” Scheme Announcement of Awards is available on the NERC website.

More information about the Generation Pup project can be found on the project website.