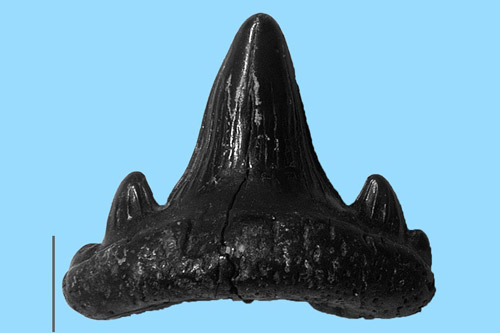 Research on rocks beneath one of the West Country's busiest motorway junctions has revealed unexpected evidence of major flooding events across southern England millions of years ago.

University of Worcester student Tiffany Slater analysed a series of underground samples taken 25 years ago along the M4-M5 junction near Bristol containing thousands of fossils.

She did the work as part of a summer project at the University of Bristol.

By comparing species in the different layers of rock, her study concluded that, contrary to some academic thought, they were not caused by a one-off flood but by separate flooding events.

Some 205 million years ago, Europe was flooded by the sea, which spread over Germany and much of France and England.

This event, the Rhaetian Transgression, possibly triggered by major earth movements, brought an end to the tropical, desert-like land conditions in Europe, a time when the dinosaurs originated.

Tiffany, 24, a second year undergraduate Biology student at Worcester, studied tiny fossils of bony fish and sharks taken from nine boreholes surrounding the intersection of the M4 and M5 motorways at the Almondsbury junction in South Gloucestershire.

The boreholes were drilled by Geotechnical Engineering Ltd. to explore the underlying geology when motorway signs were being erected.

Tiffany, who moved to the UK for her university studies from Kentucky, USA, found a number of beds rich in fossils that were spaced through several metres of rock, documenting the progress of the Rhaetian Transgression.

The studied material consisted of more than 2,600 fossils and contained teeth, scales, and jaw fragments of large carnivorous fish, teeth from exotic sharks and ichthyosaurs, and even a gill raker from the early basking shark, Pseudocetorhinus pickfordi.

Tiffany's investigation was under the direction of Professor Michael Benton, a Professor of Vertebrate Palaeontology at the University of Bristol as part of a series of summer internships last year titled 'At the Feet of the Dinosaurs'.

It revealed that two bone beds originated from independent and energetic shoreward storms during the Rhaetian Transgression.

This was demonstrated by a dramatic difference in biodiversity and fossil sizes between the beds, separated by between approximately 0.3 – 1 million years.

Tiffany said: "It has never quite been determined whether these bone beds were linked to the same event or whether they were separate events.

"We knew there were several flooding events, however it was thought that this upper bone bed happened when storms came in and ripped up the bottom bed and worked it into higher sediments.

"It's clear now that’s not the case.  This bottom bone bed stayed put and the next bed was new organic material swept in by the sea."

Tiffany, who is hoping to work in paleobiology research, added: "It's very exciting to see an ecosystem change from mostly sharks to mostly bony fish over 200 million years ago, all right underneath the M4-M5 motorway junction."