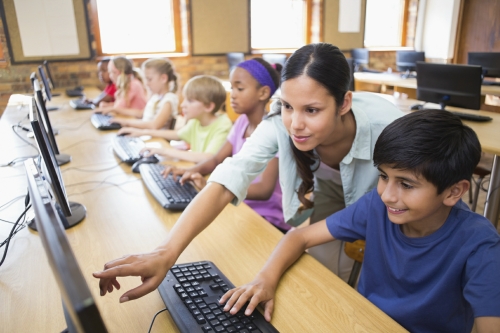 Researchers from the University of Bristol have begun a trial to find out how well a training and support package for teachers works in recognising and combatting mental health problems.

Mental health problems are a frequently highlighted as a concern in the teaching profession. A 2015 report by the Education Support Partnership found 77 per cent of the 2,077 teachers surveyed suffered from stress, 60 per cent from anxiety and 38 per cent from depression.

The Bristol evaluation, which is funded by the National Institute for Health Research (NIHR), will look at the effectiveness of a training package called ‘Mental Health First Aid’ (MHFA). The package aims to equip lay people to recognise the signs and symptoms of mental ill health, and to provide initial help to people in distress, before referring on to specialist help if needed.

Dr Judi Kidger from the School of Social and Community Medicine at the University of Bristol is leading the trial. She said: “Teachers who leave the profession often cite mental health problems as one of the contributing factors, so it’s crucial they get the right support. Our study is intended to improve the mental health support and training available to secondary school teachers.”

The team’s study will have two aspects. They will train a group of staff in MHFA, who then set up a confidential peer support service for colleagues, as there is evidence that school staff do not feel able to talk openly about difficulties they are having.  There will also be training for mainstream teachers such as tutors in MHFA for Schools and Colleges, which specifically aims to equip school staff to support students in distress.

Dr Kidger said: “Our randomised controlled trial will look at what impact MHFA training and a staff peer support service have on teacher wellbeing. We’ll also be measuring effects on teacher depression, sickness absence, and underperformance at work, as well as student mental health and wellbeing.

“There is reasonably strong evidence that MHFA training increases knowledge and confidence in helping others, and decreases stigmatising attitudes, but there is a lack of evidence about its impact on the mental health of those who are supported by MHFA trainees, so we hope to further knowledge in this area.

“We are currently recruiting schools to take part in the trial, and would love to hear from any schools in the Bristol or Cardiff areas that are interested.”

MHFA was originally devised in Australia by Anthony Jorm and Betty Kitchener. It has been adapted for and is delivered in over 20 countries now, including England.

The National Institute for Health Research Public Health Research (NIHR PHR) Programme was launched in autumn 2008. It commissions research to evaluate public health interventions, providing new knowledge on the benefits, costs, acceptability and wider effect of non-NHS interventions intended to improve the health of the public and reduce inequalities in health. The scope of the programme is multi-disciplinary and broad covering a range of public health interventions. The PHR Programme is funded by the NIHR, with contributions from the CSO in Scotland, NISCHR in Wales and the HSC R&D Division, Public Health Agency in Northern Ireland.

The National Institute for Health Research (NIHR) is funded by the Department of Health to improve the health and wealth of the nation through research. Since its establishment in April 2006, the NIHR has transformed research in the NHS. It has increased the volume of applied health research for the benefit of patients and the public, driven faster translation of basic science discoveries into tangible benefits for patients and the economy, and developed and supported the people who conduct and contribute to applied health research. The NIHR plays a key role in the Government’s strategy for economic growth, attracting investment by the life-sciences industries through its world-class infrastructure for health research. Together, the NIHR people, programmes, centres of excellence and systems represent the most integrated health research system in the world. For further information, visit the NIHR website.