Obstacle avoidance by echolocating bats: it might be simpler than it sounds 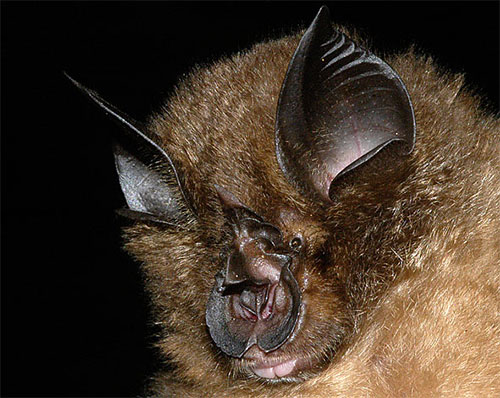 Bats compare the volume of an echo in both left and right ears then turn away from the side receiving the loudest echo in order to avoid obstacles, new research from the University of Bristol, published today in PLOS Computational Biology, has found.

Echolocating bats can fly through complex environments in complete darkness, swiftly and apparently effortless avoiding obstacles, but it is unclear exactly how they perform this feat.  Scientists assumed that bats localize individual obstacles by interpreting the echoes but, in complex environments, inferring the positions of obstacles from the multitude of echoes is very challenging and might be practically impossible.

In an effort to find an alternative explanation for the obstacle avoidance performance of echolocating bats, researchers from the University of Bristol and the University of Antwerp modelled bats flying through 2D and 3D environments, including laser-scanned models of real forests.

Dr Dieter Vanderelst, who conducted the work as a post-doctoral fellow in Bristol’s School of Biological Sciences, together with Dr Marc Holderied (Bristol) and Dr Herbert Peremans (Antwerp), proposed an algorithm for obstacle avoidance that relies on a very simple, yet robust, mechanism.  They suggest the bat simply compares the loudness of the onset of the echoes at the left and the right ear and turns away from the side receiving the loudest echo.

When the echo delay is shorter, obstacles are nearer and the bat is assumed to turn more sharply.  In a number of simulations, this simple algorithm was shown to steer the bat away from obstacles in both 2D and 3D environments.

Importantly, this mechanism does not assume that bats infer the position of obstacles from the echoes.  It simply relies on the relative loudness in both ears without the bat knowing where the obstacles are.

The paper presents the first computationally explicit explanation for obstacle avoidance in realistic and complex 3D environments.  The finding that a really simple mechanism could underlie the obstacle avoidance of bats explains how they are able to respond both quickly and appropriately to looming obstacles.  Indeed, such a strategy would allow them to respond more quickly than a mechanism that requires extensive analysis and processing of the echoes.