‘Enchantress of Numbers’ inspires women of the digital generation 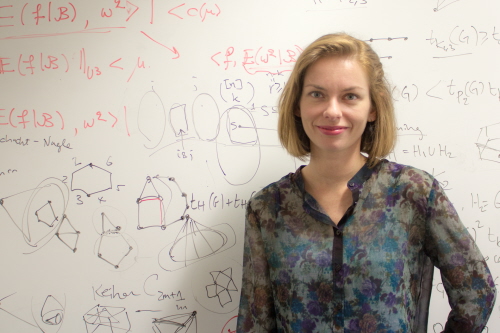 Bristol will be joining a global celebration of women in science, technology, engineering and maths as part of Ada Lovelace Day tomorrow [13 October].

The day, named in honour of the world's first computer programmer, aims to inspire women to pursue careers in these subjects.

The University of Bristol has a number of events planned and many of its female students and staff will be taking part in a campaign to help inspire others.

Mathematician Dr Julia Wolf will be explaining how to make yourself heard at a rock concert during a public lecture, explaining how pure mathematics can help us communicate despite the noise.

Events continue into November with the Annual Sir Anthony Epstein Lecture being given by leading cancer researcher Professor Frances Balkwill on 4 November.

And on 18 November a number of local schools will be visiting the University and seeing interactive experiments from the various science, technology, engineering and maths departments, complete with a poster competition.

Although Lovelace, the daughter of Lord Byron, died in 1852 - almost 100 years before work began on modern day computers – her work with inventor Charles Babbage on the 'analytical engine' makes her an important figure in the early development of computer technology.

Lovelace’s mathematical notes include what is widely accepted as the first algorithm intended to be carried out by a machine. Babbage was so impressed with her talents that he called her the 'Enchantress of Numbers'.

Ada Lovelace Day also aims to challenge the perception that science, technology, engineering, maths and medicine – known as STEMM subjects - are dominated by men. This year it marks what would have been her 200th birthday.

Bristol 247 is running interviews with women working in STEMM subjects throughout the week.

Read more about how the University supports women in STEMM subjects and its Athena SWAN Charter.