Which came first: the sponge or the comb jelly? 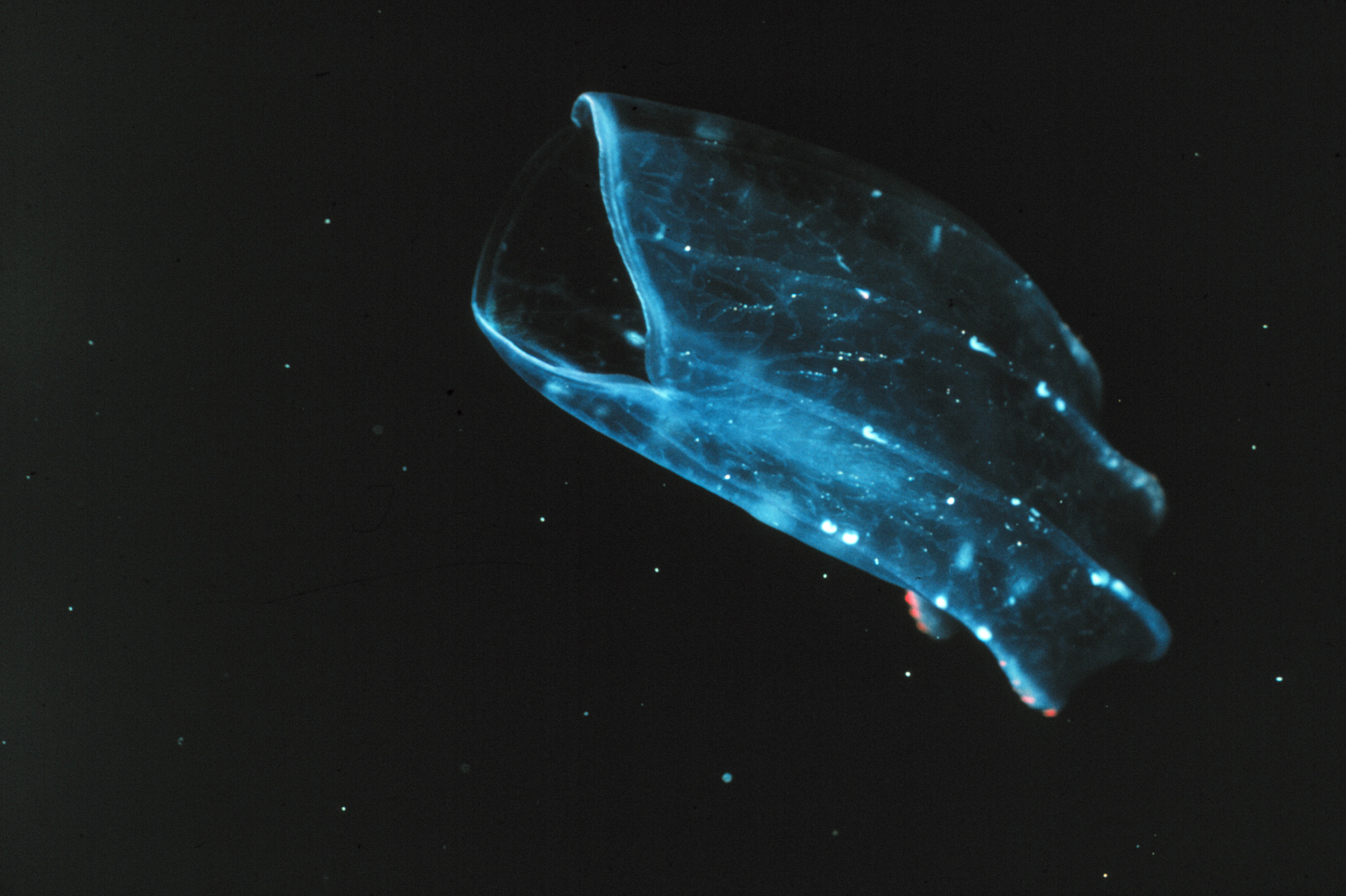 Recent genomic studies have suggested that comb jellies, members of the phylum Ctenophora, are the sister group to all animals but now new research, led by the University of Bristol, reaffirms the traditional view – that sponges (Porifera) are the oldest animal phylum.

“But this raises a lot of questions.  For example, what was this ancestral predator predating upon?  If it was the first animal, surely it did not have many targets on which to prey.  Even assuming the first animal was not a predator, how do we explain the evolutionary jump necessary to evolve a complex animal with brain and muscle from the single celled and colonial condition observed in our more distant eukaryotic relatives?

“Granted, advocates of the view that ctenophores evolved first point out that evolution is not stepwise, and that is true.  Yet, one should be careful because complexity does not come out of nowhere either.”

In their new study, published today in Proceedings of the National Academy of Sciences (PNAS), Dr Pisani and colleagues used more powerful and sophisticated methods to analyse the genomic data presented in the earlier studies.  With the aid of complex statistical techniques, they were able to identify the optimal evolutionary model, given the nature of the available data, and correct for systematic errors.  This analysis led to an absence of support for ctenophores as the sister species to all animals.

Co-author Professor Gert Wörheide of LMU said: “We were able to demonstrate that the placement of Ctenophora at the base of the evolutionary tree of animals is artefactual.  When the more powerful models were applied to these datasets, we found that sponges are indeed the earliest diverging animal group.”

Dr Pisani continued: “Our results offer a simple solution to the problem of animal origin: ctenophores are not the first animals, the sponges are, and this is a group of filter feeding organisms much like our more distantly related eukaryotic relatives, the choanoflagellates.”

The researchers now plan to analyse further relevant datasets in order to test different scenarios of the evolution of the earliest animal phyla.  In particular, they are interested in clarifying the position of the simplest of all multicellular animals, the Placozoa, by sequencing the genomes of several placozoans and sponges.