When did the Andes mountains form? 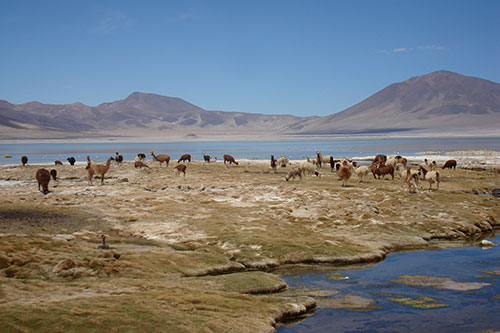 The Andes have been a mountain chain for much longer than previously thought, new research from the University of Bristol suggests.

The Andes were formed by tectonic activity whereby earth is uplifted as one plate (oceanic crust) subducts under another plate (continental crust).  To get such a high mountain chain in a subduction zone setting is unusual  which adds to the importance of trying to figure out when and how it happened.  However, the timing of when the Andean mountain chain uplift occurred has been a topic of some controversy over the past ten years.

The prevailing view is that the Andes became a mountain range between ten to six million years ago when a huge volume of rock dropped off the base of the Earth’s crust in response to over-thickening of the crust in this region.  When this large portion of dense material was removed, the remaining portion of the crust underwent rapid uplift.

The timing of such uplift is important in helping scientists to understand how mountains form, how they erode and what impact this may have on global atmospheric circulation patterns and climate.

To investigate the timing of Andean uplift, Dr Laura Evenstar from Bristol’s School of Earth Sciences used a new method based on cosmic rays that create a rare form of helium (cosmogenic He-3) in minerals at the Earth’s surface.  The abundance of cosmogenic He-3 depends on the altitude of the surface and thus can be used to understand the altitude history of a rock surface.

With collaborators at Scottish Universities Environmental Research Centre and partially funded by BHP Billiton, Dr Evenstar analysed large boulders from 2km high in the western margin of the Andes.  She has shown that the Andes were already near their present elevation 14 million years ago.

Dr Evenstar said: “It seems highly likely that the Andes have gone up slowly over at least the last 30 million years, and are the result of gradual thickening of the crust.  This means that the uplift of the Andes probable effected large scale atmospheric circulation patterns at least 4 million years before previously thought.”

The research is published in Geophysical Research Letters.

‘Slow Cenozoic uplift of the western Andean Cordillera indicated by cosmogenic ³He in alluvial boulders from the Pacific Planation Surface’ by Evenstar, L.A., Stuart, F.M., Hartley, A.J. and Tattich, B. in Geophysical Research Letters