Famous faces awarded honorary degrees by the University of Bristol 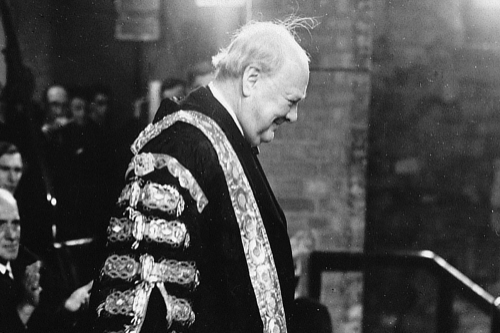 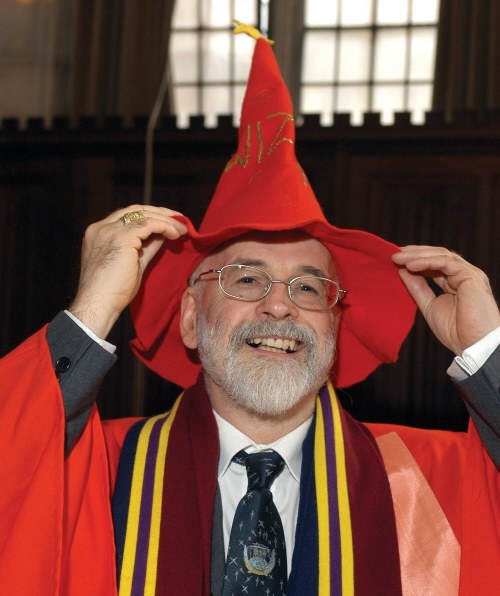 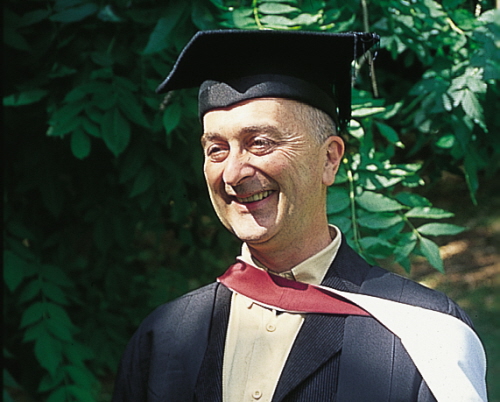 With graduation under way at the University of Bristol, we take a look back at some of the world-famous people who have been awarded honorary degrees. Among them are great political leaders, eminent scientists, renowned actors, literary greats, broadcasting legends and cherished chefs.

An honorary degree is one of higher education's most significant accolades. Since 1911, hundreds of outstanding people have had this honour bestowed on them in Bristol. Here are a few names and faces you might recognise, in no particular order:

1. Sir Winston Churchill (year of honorary degree - 1929)
One of the greatest wartime leaders of the 20th Century, Churchill was also Chancellor of the University of Bristol from 1929 to 1965. This was the first of many honorary degrees he would receive during his life, despite having never been to university.

2. Sir David Attenborough (1977)
Britain’s most famous naturalist was awarded an honorary degree almost 40 years ago when he was in the throes of making Life on Earth with the BBC Natural History Unit based in Bristol. It was the start of a close relationship with both the city and the University, and he recently opened its new Life Sciences building.

3. Nelson Mandela (1996)
The legendary South African president received eight honorary degrees in one special ceremony held in Buckingham Palace. It’s one of the rare occasions when Bristol University has presented the honour outside of the city.

4. Sir Daniel Day-Lewis (2010)
The highly-acclaimed actor has a long history with Bristol and he attended the Bristol Old Vic Theatre School in the late 1970s. Having won three Oscars, he’s widely regarded as the best film actor of his generation.

5. Sir Terry Pratchett (2004)
The ever-popular fantasy novelist had links with the South West thanks to his early career in journalism. He’s best loved for his fiction, notably the Discworld series, which has made him the greatest comic author of our time.

6. Thomas Hardy (1925)
The novelist and poet, known for classic books such as Far From the Madding Crowd and Tess of the D’Urbervilles, was honoured at the age of 84, three years before his death.

7. Sir Tom Stoppard (1976)
The playwright began his career as a journalist in Bristol, working for the Western Daily Press and the Bristol Evening World. He has since written prolifically for TV, radio, film and stage, finding prominence with plays such as Arcadia.

9. Sir Michael Redgrave (1966)
Born in Bristol, Michael Redgrave became a British legend of stage and screen, starring in films such as Alfred Hitchcock’s The Lady Vanishes and The Dam Busters. He has also sired two generations of acting luminaries.

10. Sir Alexander Fleming (1949)
The Scottish bacteriologist and Nobel Prize winner, best known for his discovery of penicillin, was awarded the honorary degree by Winston Churchill, who was Chancellor at the time.

11. Aung San Suu Kyi (1998)
As Aung San Suu Kyi, one of the world's most prominent political prisoners, was under house arrest in Burma at the time, her husband Michael Aris collected the honorary degree on her behalf. The politician won the Nobel Peace Prize in 1991 for her non-violent struggle for democracy and human rights in the Asian country.

12. Emily Watson (2003)
After studying English at Bristol University, Emily went to drama school and embarked on a successful stage career before becoming a leading actress in major Hollywood productions.

13. Sir Tony Robinson (1999)
Best known for his role as Baldrick in Blackadder, Tony Robinson is also a comedian, amateur historian, TV presenter and political activist. He was awarded an honorary degree for his drama and archaeology work.

14. Heston Blumenthal (2007)
The innovative chef, known for his experiments with ingredients and cooking processes, made regular visits to Bristol University’s Physics laboratories in his mission to discover a whole new world of equipment to heat, cool and extract flavours.

15. Professor Peter Higgs (1997)
Professor Higgs, a Nobel Prize winner who went to school in Bristol, predicted the existence of a unique type of fundamental particle - now named the Higgs boson in his honour.

16. Tony Benn (2001)
The former Bristol MP, who died last year, was a pivotal figure in British left wing politics in the second half of the 20th century. He was one of the most charismatic and influential politicians in post-war Britain.

17. Julia Donaldson (2011)
The Gruffalo author is a former Bristol University student. She was the Children’s Laureate from 2011 to 2013 and is the author of over 120 books and plays for children and teenagers.

18. Harold Pinter (1998)
Harold Pinter’s first ever play The Room was performed by Bristol University students in the Drama Studio, then located in the Wills Memorial Building, in 1957. He went on to become one of Britain’s most eminent dramatists, whose plays include the modern classics The Birthday Party, The Caretaker and The Homecoming.

19. Professor Mary Beard (2012)
The Classics professor at Cambridge University has won fans around the world with her blog and frank views on both the modern and the ancient world.

20. Nick Park (1997)
The creator of Wallace and Gromit and Shaun the Sheep was recognised by the University for his Oscar-winning work. Aardman Animations co-founders Peter Lord and David Sproxton were also awarded honorary degrees in 2010.

Over the years, many Bristol University alumni have gone on to become highly-regarded journalists and broadcasters. Many of these have also been awarded honorary degrees, including Sue Lawley (1989), Will Hutton (2003), Alistair Stewart (2008), James Landale (2013) and Sarah Montague (2015). The achievements of Kate Adie (2012) and Jenni Murray (2004) have also been honoured.

Dozens of people well-known in the city have also been acknowledged, including Bristol Mayor George Ferguson (1999), who studied architecture at the University; Harry Patch (2005), the last surviving soldier known to have fought in the trenches of the First World War and a member of the workforce that constructed the Wills Memorial Building in 1925; and civil rights campaigner Paul Stephenson (2014), who organised the Bristol Bus Boycott in the 1960s which saw campaigners overturn a ban on ethnic minorities working on Bristol's buses.

Nominations for honorary degrees should be sent in by 14 August, 2015. Further information is available on the Public and Ceremonial Events website.