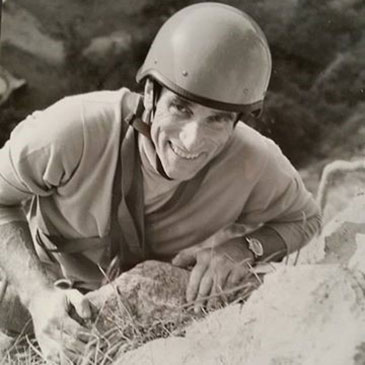 John Shepherdson, who retired in 1991 as what must be one of the longest-ever-serving members of the University's academic community, died of an inoperable sarcoma on Thursday 8 January.

John had been hired at the age of 20 by the number theorist Hans Heilbronn in 1946 as an Assistant Lecturer in the Mathematics Department. This may seem a stunningly young age today, and would have been somewhat then, except that it must be tempered by the realisation that it was quite possible in those days to get a university position without a PhD. John had been in the running for a Fellowship at Trinity College Cambridge, but lost out to Peter Swinnerton-Dyer. It was not unheard of for top-ranking mathematics undergraduates to immediately receive positions, and these two young men are cases in point.

John stayed in Bristol for the entire length of his academic career. I asked him when he retired whether he had ever considered moving elsewhere, and he said that he had. And indeed, looking back, he said that if he were to live his career again, considering matters globally, he would have thought it better to move at some point, however at no individual particular moment in time was there any overwhelming reason to do so.

Nevertheless he was much travelled as an academic, and built up many contacts abroad. He became an early mainstay of mathematical logic in the United Kingdom, and it is entirely through his efforts that Bristol became an early centre in the subject. His first work was in set theory and the results of Kurt Goedel – the century's pre-eminent logician – in this field. Having explicated in a series of papers Goedel's methods there, he moved into another of the areas of Goedel's fame: the incompleteness phenomena.

In general his research was marked by deep thought over lengthy periods of time: writing seminal papers that were later to be standard references. He would then move on to pastures new. Whilst studying the incompleteness phenomena, he invented an alternative conception to Alan Turing's machine (now called the Shepherdson-Sturgis Register machine – also invented by Minsky at MIT) which was simpler to reason about and to ‘program’. Later work of his involved models of arithmetic, and before retirement, on the computer language PROLOG.

John was a man of great kindness and modesty: the last person to push (or even volunteer) his opinion in seminars, his attitude was the opposite of dogmatic. However, his conversation was bright and entertaining, with a still-waters-running-deep reservoir of dry wit which was of great amusement when it bubbled up.

John’s service to the University was great: he was made a Lecturer in 1949, Reader in 1955, and a Professor in 1964, and was awarded the Henry Overton Professorship in 1976. He had a stint as Head of Department (he later claimed that the department in 1990 had as many committees as the whole University had in 1946).

Whatever his service to the University was, to mathematical logic in the UK it was an order of magnitude greater: he trained a number of students who went on to be logicians, and he made Bristol a place for research in logic to which many young logicians were attracted; so much so that it now makes for a roll-call of those involved in the subject in the UK. Over his 40 years in the department, a tradition of logic in Bristol was established, again, for example through a long-running MSc in Logic and the Theory of Computation. After a couple of major international conferences in the 1960s and ‘70s in the UK (two at Bristol), it was realised that British leadership in logic, dating from the previous generation of Russell, Ramsey and Turing, deserved a national society to promote the field. He proposed in 1970, and then became a co-founder of, the British Logic Colloquium. He was recognised for his work through a Fellowship of the British Academy. Bristol's lasting reputation internationally, and as pre-eminent in the UK in this area – which continues to this day – is due to his effort.

I felt that John had a particular sensitivity to people junior to him, that must have been unthreatening in his quiet manner: he had female collaborators in the 1960s, including two from India and Japan, not countries noted for their support of women in mathematics back then (was the UK?), but who nevertheless came to Bristol to work with him successfully, and have fond memories of that time. As do all of us who knew him.

A memorial service for Professor Shepherdson will be held on Saturday 21 February at 11am in the Orangery, Goldney Hall. Please email jane.shepherdson@gmail.com if you wish to attend.