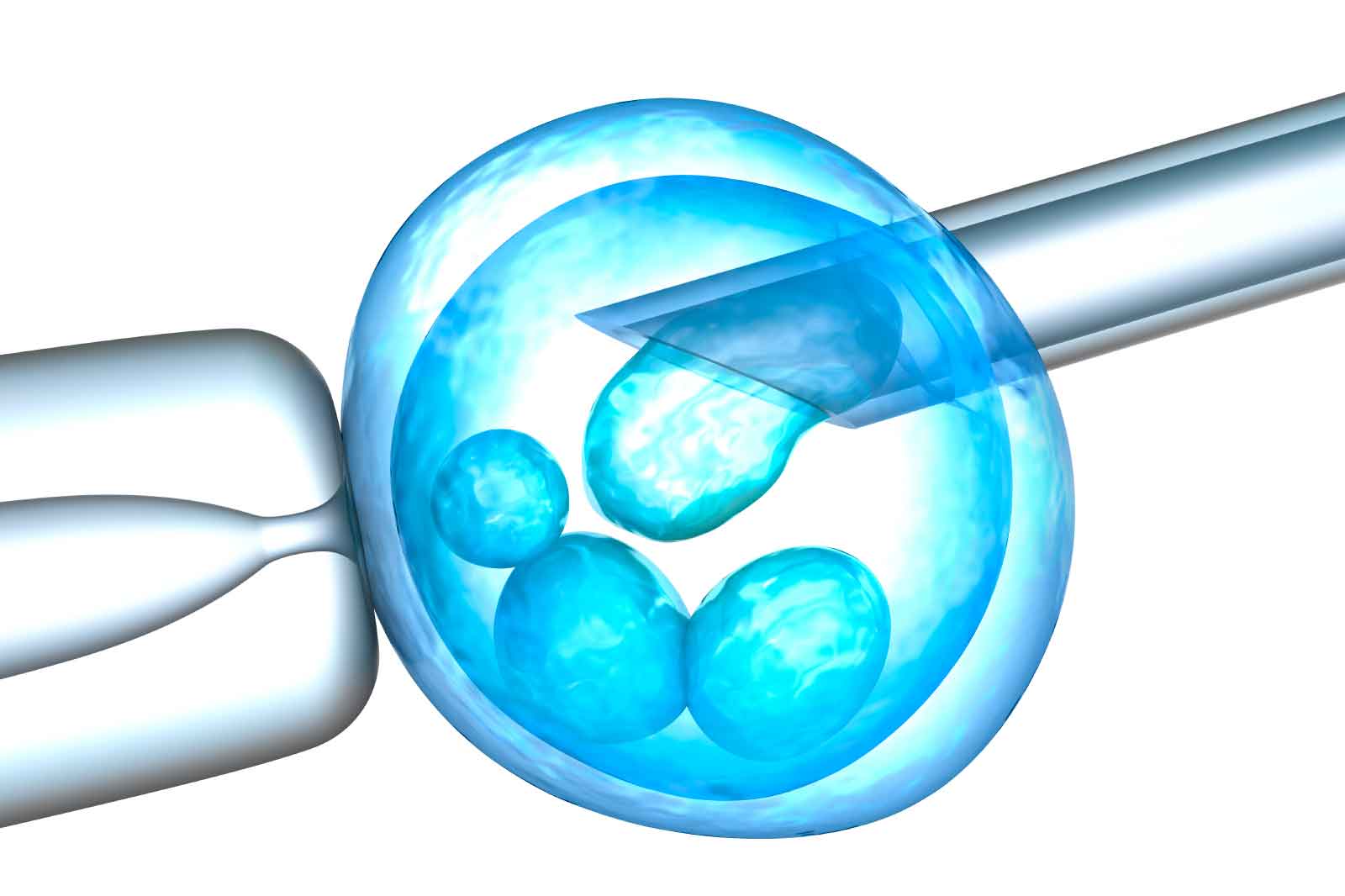 Couples seeking fertility treatment should view IVF as a multiple cycle process rather than a “single shot”, according to new research. The study, which is published today in The Journal of The American Medical Association, has found that around two thirds (65.3%) of patients will be successful after six or more cycles of IVF.

The study, whose senior authors were Professor Debbie Lawlor of the MRC Integrative Epidemiology Unit at the University of Bristol and Professor Scott Nelson from the University of Glasgow’s School of Medicine, suggests that the number of IVF cycles per patient should be extended beyond the usual three or four embryo replacements.

The research looked at the likelihood of achieving a live birth from multiple IVF cycles. The authors defined one IVF cycle as treatment with hormones to stimulate a woman’s ovaries to produce eggs, retrieval of all of those eggs and then all of the separate fresh and frozen embryo transfers that single hormonal stimulation. They calculated live-birth rates in each cycle as well as the cumulative likelihood of a live birth across multiple IVF cycles up to nine.

The authors found that in all women, the live-birth rate for the first cycle was 29.5%. This remained above 20% up to and including the fourth cycle for women under 40. The cumulative percentage of live-births across all cycles continued to increase up to the ninth cycle, with 65% of women achieving a live birth by the sixth cycle.

Professor Lawlor said: “These findings support the efficacy of extending the number of IVF cycles beyond three or four.

“To our knowledge, this is the first study to have linked fresh and frozen embryo transfers to obtain estimates of live birth rates within each IVF ovarian stimulation cycle. As the number of treatment cycles increased, the cumulative rate across cycles increased up to the ninth.”

Professor Nelson, the Muirhead Chair of Reproductive & Maternal Medicine, added: “We need to stop thinking of IVF as a single shot at having a family and think of several cycles as the standard.

“For most couples – and certainly those where the woman is younger than 40 and those of any age using donor eggs – two-thirds will achieve a live birth after 5 or 6 treatment cycles. This will take, on average, two years and is similar to rates that couples conceiving naturally take in one year.”

Professor Lawlor also added: “Clinicians often dissuade couples from further treatment cycles when they have had one with no eggs retrieved, or imply that results from one such cycle indicate very low chance of future success. Our results suggest that is not the case.”

The study included 156,947 U.K. women who received 257,398 IVF ovarian stimulation cycles between 2003 and 2010 and were followed up until June 2012. The median age at start of treatment was 35 years, and the median duration of infertility for all cycles was 4 years.

In women younger than 40 years old using their own oocytes (eggs), the live-birth rate for the first cycle was 32% and remained above 20% up to and including the fourth cycle. Six cycles achieved a cumulative prognosis-adjusted live-birth rate of 68%.

For women 40 to 42 years of age, the live-birth rate for the first cycle was 12%, with 6 cycles achieving a cumulative prognosis-adjusted live-birth rate of 31.5%. For women older than 42 years, all rates within each cycle were less than 4%. No age differential was observed among women using donor oocytes.

The study was funded by the Wellcome Trust and the Medical Research Council.

'Live birth rates associated with repeat In Vitro Fertilization treatment cycles' by by Debbie A Lawlor, Scott M Nelson, Andrew D A C Smith and Kate Tilling in in The Journal of The American Medical Association doi:10.1001/jama.2015.17296