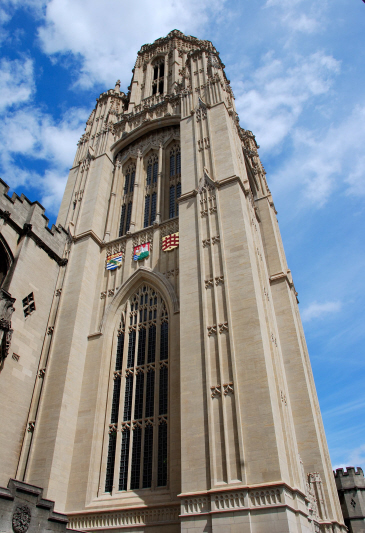 The University of Bristol has been ranked 29th in the QS World University Rankings today, up from its previous position as 30th and placing Bristol 7th of UK higher education institutions named in the top 200.

This follows Bristol’s recent success in the Academic Ranking of World Universities, where it was again placed among the world’s most prestigious institutions.

The QS system ranks the world's top universities with an overall position as well as subject rankings and is considered to be the most rigorous of its type.

Professor Sir Eric Thomas, Vice-Chancellor of the University of Bristol said: “Our continued success in the global league tables is testament to the absolute quality of our research and teaching at Bristol. Bristol is renowned for being a world-class institution, with a strong focus on academic achievement and this is underlined by these results.”

The latest rankings are the best in 10 years for British institutions, and will support the UK’s top academic institutions to continue to attract world-leading academics and the highest achieving students.