How good is the fossil record? 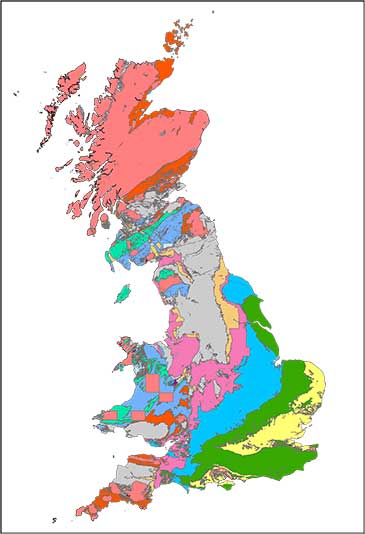 Do all the millions of fossils in museums around the world give a balanced view of the history of life, or is the record too incomplete to be sure? This question was first recognised by Charles Darwin and has worried scientists ever since.

Methods have been developed to try to identify and correct for bias in the fossil record but new research from the Universities of Bristol and Bath, suggests many of these correction methods may actually be misleading.

The study, led by Dr Alex Dunhill, formerly at the Universities of Bristol and Bath and now at the University of Leeds, explored the rich and well-studied fossil record of Great Britain.  Professional geological work has been done in the British Isles for over 200 years and the British Geological Survey (dating from the 1830s) has amassed enormous, detailed knowledge of every inch of the rocks and fossils of the islands.

Together with collaborators from the Universities of Bristol and Bergen, Dr Dunhill compared biodiversity through the last 550 million years of the British fossil record against a number of geological and environmental factors including the area of sedimentary rock, the number of recorded fossil collections and the number of named geological 'formations'.  All of these measures have been used as yardsticks against which the quality of the fossil record can be assessed – but the new study casts doubt on their usefulness.

Dr Dunhill said: "We suspected that the similar patterns displayed by the rock and fossil records were due to external factors rather than the number of fossils being simply dictated by the amount of accessible rock.  Our work shows this is true.  Factors such as counts of geological formations and collections cannot be used to correct biodiversity in the fossil record."

The study benefits from the application of advanced mathematical techniques that not only identify whether two data sets correlate, but also whether one drives the other.  The results show that out of all the geological factors, only the area of preserved rock drives biodiversity.  Therefore, the other geological factors – counts of fossil collections and geological formations – are not independent measures of bias in the fossil record.

Co-author, Bjarte Hannisdal from the University of Bergen, said: "We can learn more by analysing old data in new ways, than by analysing new data in old ways.”

This discovery fundamentally alters the way we view the diversity of life through time.  It shows that both the preservation of rock and the preservation of fossils were probably driven by external environmental factors like climate change and sea level. This better explains the similarities between the rock and fossil records, as both responding to the same external factors.  The alternative idea, that rock preservation was driving the fossil record is now strongly queried by this study.  Perhaps the record of biodiversity in the fossil record is more accurate than previously feared.

Professor Michael Benton from the University of Bristol, another co-author of the study, said: "Palaeontologists are right to be cautious about the quality of the fossil record, but perhaps some have been too cautious.  The sequence of fossils in the rocks more or less tells us the story of the history of life, and we have sensible ways of dealing with uncertainty.  Some recent work on 'correcting' the fossil record by using formation counts may produce nonsense results."