University of Bristol welcomes the President of the Republic of Singapore 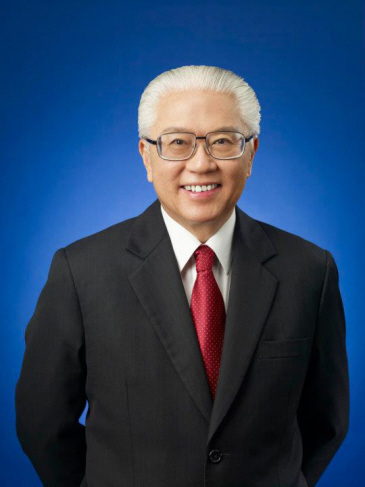 The President of the Republic of Singapore visited the University of Bristol yesterday [Thursday 23 October 2014] as part of a four-day State Visit to the UK as a guest of Her Majesty The Queen.

The President launched the “SPHERE (Sensor Platform for HEalthcare in a Residential Environment) eHealth hackathon”.  The President was accompanied by his wife, Mrs Tan, and met students from two local Bristol schools, Red Maids’ and Bristol Free, who have entered the first wearable technology competition.  The students demonstrated how to create a wearable device for healthcare.

The technology competition, called Dress/Sense, challenges teams of scientists, medics, engineers, designers and textile artists to design a piece of wearable technology with a health benefit.  The event takes place over three days and the teams will be competing for a £5,000 prize, with the winning team being announced on 22 November 2014.

The President viewed displays on cutting-edge research from the EPSRC-funded SPHERE project in the field of wearable technology.  The £12 million project, based in the Faculty of Engineering and led by Professor Ian Craddock, focuses on developing sensor systems to monitor health and wellbeing in the home which could, for example, spot overnight mini-strokes by noticing small changes in behaviour or expression.

During the event the President witnessed the signing of a Memorandum of Understanding between Nanyang Technological University (NTU Singapore) and the University of Bristol to collaborate in healthcare technology research.

The agreement marks an important step forward in collaborative research and development of new ageless ageing and healthcare technologies between Singapore and the UK. The partnership will look into the development of smart sensor systems for monitoring people’s health within the home environment, and technology-empowered tools that can promote healthy nutrition and lifestyle habits among vulnerable populations, among others.

Professor Bertil Andersson, President of NTU Singapore, said: “The UK and Singapore have much to gain from combining our strengths in technology and innovation to improve care among vulnerable populations, including the elderly. This agreement is an excellent opportunity for NTU Singapore and Bristol that are both traditionally strong in engineering to jointly develop highly innovative healthcare solutions through technology.  More importantly, the state visit by Singapore President Dr Tony Tan Keng Yam, reaffirms the strong ties between our two countries in higher education and research.”

The President and Mrs Tan also had the opportunity to meet over 80 Singaporean students who are studying at Bristol.

Professor Sir Eric Thomas, Vice-Chancellor of the University of Bristol, said: “We are honoured to welcome his Excellency Dr Tony Tan Keng Yam, President of the Republic of Singapore and distinguished guests to the University.

“We enjoy an excellent relationship with Singapore and I am particularly pleased that so many of our students from Singapore are here to meet the President.  This is a proud day for the University and for the city.”

A joint workshop to identify opportunities and approaches for collaboration between the UK and Singapore on research and innovation for future cities also took place, hosted by the University’s Cabot Institute.  This brought together researchers, policy makers and funders who were be joined by UK Minister for Universities, Science and Cities, Greg Clark and Dr Maliki Osman, Singapore Minister of State, Ministry of National Development and Mayor, South East District.

Greg Clark, Minister for Universities, Science and Cities, said: “Britain has a long history of collaboration with Singapore and our universities are privileged to count many prominent Singaporeans amongst their alumni. As global leaders, forging these strong academic partnerships together will improve healthcare technology and boost economic growth even further.”

In 2015, the Cabot Institute and its Future Cities initiative will launch a new framework which will allow research to be conducted in partnership with groups from across the city and the world.  This will promote innovations in education, sustainability, creative technology and low carbon energy.

The President of the Republic of Singapore, accompanied by Mrs Tony Tan Keng Yam, will pay a State Visit to the United Kingdom as the guests of Her Majesty The Queen, from Tuesday 21 to Friday 24 October 2014.

This is the first State Visit to the United Kingdom by a President of the Republic of Singapore.

The visit comes ahead of the 2015 50th Anniversary celebrations of the independence of the Republic of Singapore, on 9 August 2015.

SPHERE (Sensor Platform for HEalthcare in a Residential Environment) is an interdisciplinary research collaboration (IRC) funded by the EPSRC and led by the University of Bristol, together with the universities of Southampton and Reading.

The project, which focuses on developing sensor systems to monitor health and wellbeing in the home, is working in partnership with Bristol City Council, IBM, Toshiba and Knowle West Media Centre (KWMC).

About the Cabot Institute: