London’s diverse ethnic population explains the success of its schools 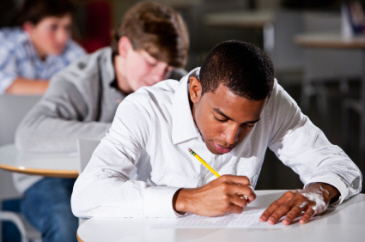 London’s diverse ethnic population is the reason for its pupils achieving significantly better GCSE results than the rest of England, according to a new study published today [12 November].

This study from the Centre for Market and Public Organisation (CMPO) at the University of Bristol looked at GCSE data for the whole of England to understand what lies behind the ‘London Effect’ – a term used to describe the high levels of attainment and progress of pupils in the capital.

The London Effect is large: the report shows that pupils in London schools score about eight GCSE grade points higher than those in the rest of England, relative to their attainment at age 11. For example, this means achieving eight Cs rather than eight Ds, or eight As rather than eight Bs.

Evidence in the study shows that this is explained by the ethnic composition of pupils in London. Once ethnicity was taken into account in the analysis, the London Effect in pupil progress disappears.

Previous research from CMPO showed that white British pupils achieve the lowest GCSE scores relative to their attainment at age 11, which this study confirms for 2013. Combined with the fact that this group make up 34 per cent of Year 11 pupils in London compared to 84 per cent in the rest of England, researchers say the background to the result is clear.

Professor Simon Burgess, who carried out the research, said: “We know that ethnic minority pupils score more highly in GCSEs relative to their prior attainment than white British pupils. London simply has a lot more of these high-achieving pupils and so has a higher average GCSE score than the rest of the country.

“Many policy makers, school leaders and commentators enthuse about the major policy of the time, London Challenge, and view it as unambiguously improving schools in London. This unanimity carries weight, and no doubt London schools were improved in a number of ways. But so far at least, catching a reflection of this improvement in the attainment data is proving to be difficult.”

Comparing Newcastle, where 11.8 per cent of the population was born abroad and arrived before the year 2000, with London, where the number is 34.7 per cent, yields a difference of about 15 GCSE grade points in pupil progress in London’s favour.

Looking back over the past decade, the study shows that there has been a London Effect in secondary school progress since at least 2004, and that it is accounted for by ethnic composition in each year.

Analysis of some different measures of attainment shows that a London Effect is much reduced once ethnicity is taken into account, but remains significant. These include measures that remove vocational qualifications (known as GCSE 'equivalents') from the total and measures of very high GCSE performance.

Professor Burgess added: “My interpretation of these results leads to a focus on pupil aspiration, ambition and engagement. There is nothing inherently different in the ability of pupils from different ethnic backgrounds, but the children of relatively recent immigrants typically have greater hopes and expectations of education, and are, on average, more likely to be engaged with their school work. This is not by chance of course. A key point about London is its attraction to migrants and those aspiring to a better life.

“London has a right to be pleased with itself in terms of the excellent GCSE performance of its pupils. These results help to explain the London Effect but they do not explain it away. The London Effect is a very positive thing, and much of the praise for this should be given to the pupils and parents of London for creating a successful
multi-ethnic school system.”

The study used GCSE data for all pupils in state secondary schools in England, and focussed on GCSEs taken in the summer of 2013. It also looked back over the previous decade. The main outcome used was each pupil’s GCSE points score for her/his best eight subjects relative to attainment in the Key Stage 2 exams taken at age 11. It also looked at the percentage of people scoring five or more A* to C grades at GCSE and measures of high performance.