Geoengineering our climate is not a ‘quick fix’ 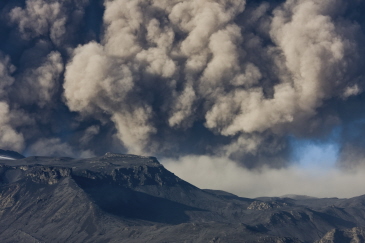 The deliberate, large-scale intervention in the Earth’s climate system is not a “quick fix” for global warming, according to the findings of the UK’s first publicly funded studies on geoengineering.

Professor Piers Forster, Professor of Physical Climate Change at the University of Leeds, and the principal investigator of the Integrated Assessment of Geoengineering Proposals (IAGP) project, said: “Our research shows that the devil is in the detail. Geoengineering will be much more expensive and challenging than previous estimates suggest and any benefits would be limited.

“For example, when simulating the spraying of sea salt particles into clouds to try to brighten them, we found that only a few clouds were susceptible and that the particles would tend to coagulate and fall out before reaching the cloud base.”

In September 2009, The Royal Society published a report, Geoengineering the climate: science, governance and uncertainty. It influenced research worldwide, identified important gaps and called for a major UK funding programme into geoengineering. The IAGP and SPICE projects were funded the next year, and the CGG project followed in 2012.

IAGP is the UK’s first interdisciplinary research study into the controversial issue of geoengineering. It has brought together a range of expertise – climate modelling, philosophy and engineering – in addition to understanding public perceptions, to assess geoengineering within wider societal values.

“Cleverly designed simulations create less necessity for real-world testing. My favourite part of the research involved creating  a virtual reality in which we tried to rescue Arctic sea ice by dumping sulphur dioxide into the atmosphere from Stratotanker aircraft flying out of Svalbard in Norway,” said Professor Forster.

“Issues around monitoring and predicting the effects of our actions led to huge indecision and highlighted how challenging it would be to ever try and deploy these techniques in the real world.”

Researchers working on the Stratospheric Particle Injection for Climate Engineering (SPICE) project took a different tack, but came to a similar cautionary conclusion.

Rather than running simulations, SPICE researchers used volcanoes as models to mimic the effect of a solar geoengineering proposal, in which sulphate aerosols are pumped into the atmosphere to reflect more sunlight back into space. This is a process that also naturally occurs due to particles emitted from volcanic eruptions.

Dr Matthew Watson, a reader in natural hazards from the University of Bristol, and principal investigator for the SPICE project, said: "Whilst it is clear that temperatures could be reduced during deployment, the potential for misstep is considerable. By identifying risks, we hope to contribute to the evidence base around geoengineering that will determine whether deployment, in the face of the threat of climate change, has the capacity to do more good than harm."

In addition to the feasibility of deployment, IAGP researchers organised workshops to gauge people’s perceptions of geoengineering. Four public workshops were held in Birmingham, Cardiff, Glasgow and Norwich, and two stakeholder workshops in London, with representation from national government departments, civil society groups and industry.

The idea that geoengineering involves “messing with nature” was found to be a central theme in public discussion groups. The workshops also revealed that, of the geoengineering proposals discussed, carbon dioxide removal approaches were favoured over solar geoengineering approaches.

In both the public discussion groups and stakeholder workshops, climate change mitigation strategies, such as improving energy efficiency measures and scaling up renewable technologies, were preferred to geoengineering proposals.

Professor Forster said: “Consulting the public, policymakers and industry from the start told us that we should only consider geoengineering within the wider context of climate change mitigation and adaptation. Geoengineering is not a ‘quick fix’ alternative.”

Dr Watson added: "Full scale deployment of climate engineering technologies will be the clearest indication that we have failed in our role as planetary stewards, but there is a point at which not deploying some technologies would be unethical."

Meanwhile, the Climate Geoengineering Governance (CGG) project is the world’s first project to concentrate on the governance and regulatory challenges posed by both research and possible deployment.

The findings of the CGG project include the likelihood that cost estimates for major projects are unrealistic, and that geoengineering must be located firmly in the context of mitigation and adaptation to climate change.

Furthermore, CGG research has also unearthed a paradox: Geoengineering proposals that are technically the easiest to implement and have the quickest impact may be most difficult to govern, while those that are easiest to govern seem likely to be further away from effective large-scale deployment.

Professor Steve Rayner, the James Martin Professor of Science and Civilization at the University of Oxford, and principal investigator for the CGG project, concludes: “Take everything you hear both for and against geoengineering with a large grain of salt. Mostly it is too soon to know what any of these technology ideas would look like in practice or what would be their true cost and benefit.

“But it’s almost certain that geoengineering will be neither a magic bullet nor Pandora’s Box.”

The SPICE project was funded by EPSRC, NERC and the Science & Technology Facilities Council (STFC).