New insights could help in battle to beat Parkinson’s disease 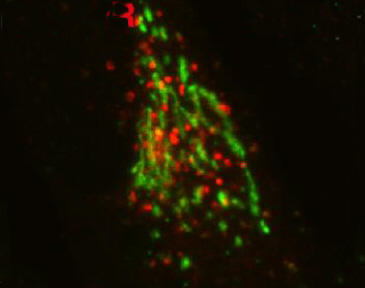 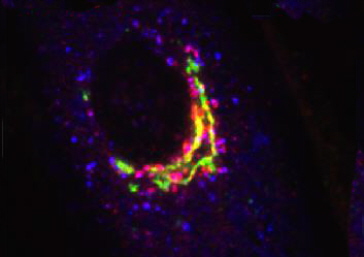 Cells derived from a Parkinson disease patient carrying the VPS35 mutation (top) show a dispersal of a specific cargo (red). This dispersal is rescued to the more normal clustered appearance by expression of non-mutated VPS35 (bottom).

Scientists are a step closer to understanding the causes of Parkinson’s disease, identifying what’s happening at a cellular level to potentially help develop future treatments.

Being starved of these proteins could be part of why the body loses nerve cells in the part of the brain responsible for producing the chemical dopamine which helps control and co-ordinate body movements.

A mutation in the VPS35 gene is known to be linked to Parkinson’s disease, but experts have not been able to pinpoint its role until now.

The results, published online in Current Biology today [June 26], reveal that the VPS35 mutation impairs the cell’s ability to transport a sub-set of cargo proteins to their correct destinations.

They also identified three additional proteins affected by this mutation, some of which are already linked with Parkinson’s disease, which affects one in 500 people in the UK.

Professor Peter Cullen, from the School of Biochemistry at the University of Bristol, said: “The discovery of the molecular defect associated with the VPS35 mutation offers a potentially exciting avenue of research into the causes of this disease.

"This research significantly adds to the growing body of evidence that the retromer complex, which VPS35 is a part of, is a potential therapeutic target when designing drugs to help combat this and other neurodegenerative diseases.”