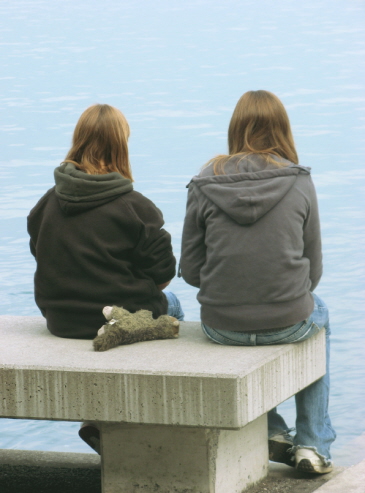 The age at which girls reach sexual maturity is influenced by ‘imprinted’ genes, a small sub-set of genes whose activity differs depending on whether the girl got her copy of the gene from her mother or her father, according to new research published today [23 July] in the journal Nature.

The findings come from an international study of more than 180,000 women involving scientists from 166 institutions worldwide, including the Children of the 90s  study at the University of Bristol.

The researchers identified 123 small genetic changes that were associated with the timing of when girls experienced their first menstrual cycle by analysing the DNA of 182,416 women of European descent from 57 studies. Six of these variants were found to be clustered within imprinted regions of the genome.

Professor Debbie Lawlor from Children of the 90s said: “This new discovery is important because it suggests a possible biological conflict between mothers and fathers over their daughters’ rate of biological development.”

Further evidence for the parental imbalance in inheritance patterns was obtained by analysing the association between these imprinted genes and timing of puberty in a study of over 35,000 women in Iceland, for whom detailed information on their family trees were available.

This is the first time that it has been shown that imprinted genes can control rate of development after birth.

The study was supported in the UK by the Medical Research Council and the Wellcome Trust.