Tribunal fees have ‘severely limited access to justice’ for workers 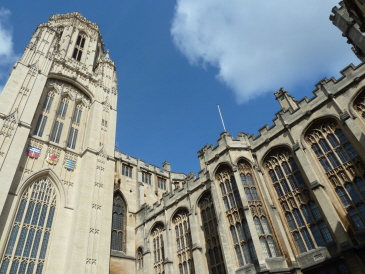 The introduction of employment tribunal fees a year ago has severely limited access to justice for workers, according to researchers who are calling for the regime to be overhauled.

Research by the Universities of Bristol and Strathclyde has examined the effect of employment tribunal fees on employees’ lives and livelihoods.

The new fees were introduced by the Coalition government to encourage businesses and workers to mediate or settle a dispute rather than go to a full hearing, while also reducing the burden on the taxpayer.

However, with fees ranging from £160 to £1,200, many people have reported that they can no longer afford to seek resolution of their employment-related disputes. Employers who defend claims are not required to pay.

Researchers worked with six Citizens Advice Bureaux – three in England and three in Scotland – over two years to track the experiences of workers involved in disputes with their employers.

They found that many claims are for fairly small amounts – for unpaid wages or holiday pay that might amount to no more than £300. The imposition of fees means they’re much less likely to try and recover this money.

The number of claims made to employment tribunals in the months January to March 2014 fell by 81 per cent compared to the same quarter the previous year, according to the latest statistics published by the Ministry of Justice.

Professor Morag McDermont, Professor of Socio-Legal Studies at the University of Bristol Law School, said: “Such a sharp decrease in cases has profoundly worrying consequences for the future of employment law.Workers who have been unfairly dismissed, subjected to unlawful discrimination, or who have simply not been paid for work they have done now have severely limited access to justice. Due to such high fee levels, it’s hardly surprising that four out of five people now decide not to proceed.”

The level at which fees have been set is far higher than the £60 currently required to take a claim to the County Court.  In order to even submit an ET1 form which enables a claim to be lodged in the system, a worker must now pay between £160 and £250 depending on the nature of the claim.

If the claim goes to a hearing, the aggrieved worker must pay a further £230 or £950.  This means that in order for many serious claims such as unfair dismissal or discrimination to be resolved, alleged victims must pay £1,200 alongside any other related costs.

From their interviews, researchers also discovered that those on low incomes who qualify for a reduction or waiver of fees have experienced real difficulty in accessing this due to the complexity of the scheme and stringent qualifying conditions.

The Coalition government claimed that there were a high number of unfounded cases which were causing backlogs in the system, costing employers money and preventing job creation.

However, researchers found no evidence of vexatious claims or widespread abuse of the system during their study.

To reinstate workers’ access to justice, the researchers are calling for the fees to be abolished completely and for the employment tribunal system to be overhauled.

Professor Nicole Busby, Professor of Law at the University of Strathclyde, said: “The imposition of fees has been the final straw for some claimants. But even before these fees were in place, tribunals did not provide accessible justice for all. There’s a fear of being made to pay the employer’s costs, being faced with intimidation tactics and potentially representing yourself in a process people have little knowledge of.

“Aside from the financial costs, the psychological and emotional damage has left many in mental or physical ill-health. Our legal system allows little opportunity for expressing what actually happened and how it has affected the individual’s life, let alone in finding a human-centred solution.”

The research is part of the ‘Citizens Advice Bureaux (CAB) and Employment Disputes’ project, funded by the European Research Council (ERC).

A policy briefing has been issued to coincide with the one year anniversary of the fees being introduced on 29 July 2013. It's available on the Policy Bristol website.

An interim report on the findings of the ‘Citizens Advice Bureaux (CAB) and Employment Disputes’ is available on the University of Bristol Law School website.

Anna was employed as an architecture assistant. She suffers from epilepsy and informed her employer of this prior to starting her job. Anna took a period of sick leave due to her medical condition. When she returned to work she was dismissed. Anna’s employer claimed that Anna did not disclose her medical condition (which Anna disputes) and that her epilepsy meant that she presented a health and safety risk given the type of work that they undertake. Anna was shocked at losing her job and considered that her employers had acted inappropriately by dismissing her without going through proper procedures.

Anna sought assistance from Citizens Advice. She was informed that she had a strong case for disability discrimination. However, because she had started some temporary work she would be liable to pay fees to take her case to the Employment Tribunal. Anna was advised that there was no guarantee that she would win her claim or that, if she did win, she was not guaranteed to receive any compensation awarded. Anna weighed up the pros and cons of whether she should “risk forking out the £1,000 for this tribunal even though it’s a strong case?” She concluded that she could not afford to take such a risk and so did not pursue legal action.

Billy was dismissed from his job as a van driver. He suspected that his employer was looking to cut costs and had accused him of misconduct as an excuse to sack him. Billy turned to Citizens Advice for assistance. In his three meetings with a solicitor, Billy was advised that he had a viable claim for unfair dismissal but that Employment Tribunal fees would be payable unless he was eligible for remission. Much time was spent attempting to determine whether Billy was eligible for fee remission and the documents that he would need to supply to support this. Billy had difficulty in locating relevant supporting documentation, which included his wife’s tax returns. His mother-in-law had recently been diagnosed with cancer so his wife was unable to look for these.

As the timeframe for submitting a fee remission application approached, the solicitor at Citizens Advice suggested that Billy pay the £250 required to lodge his claim with the Employment Tribunal and seek reimbursement for this once he had obtained the required documents. However, Billy felt that there was “no way I could’ve got the funds together … I had high blood pressure, I was sick and couldn't carry on … It was just a nightmare!” The remission application was not submitted on time and so the claim could not proceed.

About the European Research Council (ERC)

Set up in 2007 by the European Union, the ERC aims to stimulate scientific excellence in Europe by encouraging competition for funding between the very best, creative researchers of any nationality and age based in Europe.

Since its launch, the ERC has awarded grants to over 4,000 researchers performing frontier research in Europe. The ERC operates according to an "investigator-driven", or "bottom-up" approach, allowing both early-career and senior scientists to identify new opportunities in all fields of research (Physical Sciences and Engineering, Life Sciences and Social Sciences and Humanities), without predetermined priorities.