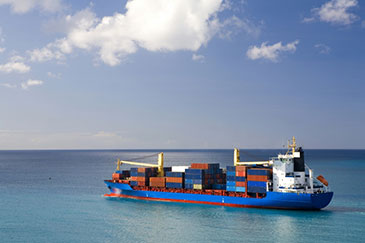 Despite their reputation as slippery customers, a new study has shown that eels are losing the fight to survive when faced with marine noise pollution such as that of passing ships.

Scientists from the Universities of Exeter and Bristol found that fish exposed to playback of ship noise lose crucial responses to predator threats. The study, published today in the journal Global Change Biology, found European eels were 50 per cent less likely to respond to an ambush from a predator, while those that did had 25 per cent slower reaction times.  Those that were pursued by a predator were caught more than twice as quickly when exposed to the noise.

Lead author Dr Steve Simpson, Senior Lecturer in Marine Biology & Global Change at the University of Exeter, said: "Our findings demonstrate that acute acoustic events, such as the noise of a passing ship, may have serious impacts on animals with direct consequences for life-or-death behavioural responses.  If these impacts affect whole populations then the endangered eel, which has seen a 90 per cent crash in abundance over the past 20 years due to climate change, may have one more problem to deal with as they cross busy coastal areas."

To understand what may cause this loss of crucial anti-predator behaviour, the team also tested physiology and spatial behaviour, and found heightened stress levels (increased ventilation and metabolic rate) and reduced lateralised behaviour (right-left preferences) when eels were subjected to playback of ship noise.

Co-author Dr Andy Radford, Reader in Behavioural Ecology at the University of Bristol, said: "The fact that eels were affected physiologically and spatially suggests that other important functions may also be affected.  We focused on anti-predator responses as, unlike impacts on movement or feeding, there is no way to compensate for being eaten after the disturbance goes away."

This study highlights the importance of assessing the scale of impacts of the anthropogenic noise that now pervades many coastal environments.  Dr Simpson said: "If we want to effectively manage noise in the marine environment, we next need to assess the spatial scale over which individual animals and populations are affected.  This means taking experiments like this one to offshore environments near to real-world noise sources."

The research was funded by Defra and the Natural Environment Research Council.