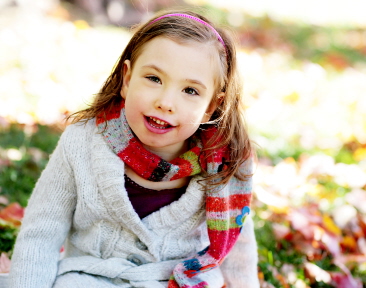 A powerful new drug which could relieve the symptoms of devastating childhood disease Rett syndrome is on the horizon thanks to a funding injection of £180,000.

There is currently no treatment available for the genetic disease, which leads to a range of severe health problems such as loss of muscle control, breathing irregularities, autistic-like behaviours and epilepsy.

Rett syndrome is estimated to affect 1 in 10,000 female babies, across all racial and ethnic groups worldwide.

It is a particularly devastating disease because babies appear to develop normally for the first six to 18 months of their lives, learning to walk, talk and interact. Parents are only alerted to a problem when their child’s skills stop developing and they begin to regress.

Scientists at the University of Bristol have received $300,000 (£180,000) thanks to a partnership between the International Rett Syndrome Foundation and Cure Rett to test a powerful new drug, called NLX-101, which may have the potential to alleviate at least one of the most distressful symptoms – the breathing abnormality.

Dr Ana Abdala and Professor Julian Paton, from the School of Physiology and Pharmacology, will test NLX-101 in mouse models of Rett syndrome. The drug selectively targets one of the subtypes of serotonin receptor in the brain. This receptor participates in the control of several important brain functions for breathing and motor control.

Dr Abdala said: “This is the culmination of five years of work.  Our preliminary results are robust and reliable. Critically, we understand key elements of how the drug works. This is important for translating the research from the laboratory into a clinical treatment for Rett syndrome.”

Currently there is no treatment for the breathing difficulties of Rett syndrome. They are very distressful for the girls, parents and healthcare professionals, and are the main cause of emergency hospital admissions of girls with Rett syndrome.

Dr Adrian-Newman Tancredi, Chief Scientific Officer of Neurolixis, the bioscience company that holds the license for developing NLX-101, added: “We are delighted to collaborate with the research team at the University of Bristol on this exciting project. Rett syndrome is a serious neurological disorder and new treatments such as NLX-101 need to be rigorously tested in animal models before moving to the clinic.”

NLX-101 has recently been granted ‘orphan drug status’ both in North America and in the European Union, an important milestone in delivering the drug to the patient. This is given to drugs which treat rare medical conditions and offers financial incentives to encourage development of drugs which might otherwise lack a sufficient profit motive.

Professor Julian Paton said: “Understanding how Rett syndrome affects breathing may help us understand the origins of many other respiratory diseases that currently have great public health impact like obstructive sleep apnoea.”

In mouse models, Rett syndrome has been shown to be reversible if the faulty gene is fixed, but a cure is uncertain and may be many years away. In the meantime, there is desperate need for any drug treatment that will alleviate symptoms and improve patients’ quality of life.

Rett syndrome is most often caused by a random mutation in the sperm. Every mother is at risk of having a girl with Rett syndrome, and it affects 1 in 10,000 female births. The syndrome only manifests itself when the child is one to two-years-old, then the decline begins. Often, the child develops autistic-like behaviours, loses control of their muscles, loses speech and stops walking.

Most children with Rett syndrome go on to develop breathing irregularities, epilepsy, severe learning disability, scoliosis and deformity in their extremities due to abnormal muscle control, among other health problems.

Girls with Rett syndrome often experience spells of breath holding. These can cause dangerous drops in blood oxygen levels depriving the brain, which can aggravate other symptoms of the syndrome like epilepsy.