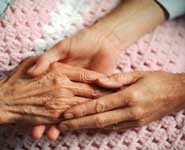 New research by the University of Bristol has shown for the first time that omega-3 in fish oil could “substantially and significantly” reduce the signs and symptoms of osteoarthritis.

According to the University of Bristol study, funded by Arthritis Research UK and published in the journal Osteoarthritis and Cartilage, omega-3-rich diets fed to guinea pigs, which naturally develop osteoarthritis, reduced disease by 50 per cent compared to a standard diet.

The research is a major step forward in showing that omega-3 fatty acids, either sourced from fish oil or flax oil, may help to slow down the progression of osteoarthritis, or even prevent it occurring, confirming anecdotal reports and “old wives’ tales” about the benefits of fish oil for joint health.

Lead researcher Dr John Tarlton, from the Matrix Biology Research group at the University of Bristol’s School of Veterinary Sciences, said classic early signs of the condition, such as the degradation of collagen in cartilage and the loss of molecules that give it shock-absorbing properties, were both reduced with omega-3.

“Furthermore, there was strong evidence that omega-3 influences the biochemistry of the disease, and therefore not only helps prevent disease, but also slows its progression, potentially controlling established osteoarthritis,” he said.

Medical research director of Arthritis Research UK, Professor Alan Silman, said: “The possibility that omega-3 fatty acids could prevent osteoarthritis from developing has been a tantalising one. Some limited, previous research has suggested that we were a long way away from understanding the potential use in humans. However, this current research in guinea pigs is exciting as it brings us closer to understanding how omega-3 might fundamentally interfere with the osteoarthritis process, and that it could potentially be taken as a treatment.”

On the back of the results of his study, Dr Tarlton said that following government guidelines on dietary intake of omega-3 fatty acids could be effective in reducing the burden of osteoarthritis. Fish oil is far more effective than the flax oil based supplement, but for vegetarians flax oil remains a viable alternative.

“Most diets in the developed world are lacking in omega-3, with modern diets having up to 30 times too much omega-6 and too little omega-3. Taking omega-3 will help redress this imbalance and may positively contribute to a range of other health problems such as heart disease and colitis.”

Further studies are needed to determine the influence of omega-3 fatty acids on established disease in guinea pigs, and to confirm the effects in human osteoarthritis, said Dr Tarlton.

Osteoarthritis affects around eight million people in the UK, and is caused when the cartilage at the ends of bones wears away and the underlying bone thickens, leading to stiff, painful joints. Currently, there is no effective treatment to slow down disease progression, and treatment is limited to pain relief and ultimately joint replacement.

Arthritis Research UK is the charity leading the fight against arthritis. We’re working to take the pain away for sufferers of all forms of arthritis and helping people to remain active. We’ll do this by funding high class research, providing information and campaigning.

Everything we do is underpinned by research.