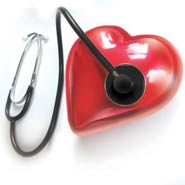 Clinical researchers have discovered what may be a surgical alternative to medication in controlling persistent high blood pressure where patients do not respond to drugs.

Reporting this month in Neurology, the medical journal of the American Academy of Neurology, the team from the University of Bristol and Frenchay Hospital describe the case of a 55-year-old man who had been diagnosed with high blood pressure when he suffered a stroke.  His blood pressure had remained high despite attempts to control it using drugs.

Using a surgical implant similar to a cardiac pacemaker, the team were able to control the man’s condition by sending electrical pulses to the brain, in a procedure known as deep brain stimulation.

While the electrical stimulation did not permanently alleviate his pain, researchers did find that it decreased his blood pressure enough for him to be able to stop taking the blood pressure drugs.

“This is an exciting finding as high blood pressure affects millions of people and can lead to heart attack and stroke, but for about one in ten people, high blood pressure can’t be controlled with medication or they cannot tolerate the medication,” said study author Dr Nikunj K. Patel from the Department of Neurosurgery at Bristol’s Frenchay Hospital and Senior Clinical Lecturer at the University of Bristol.

Dr Patel noted that the decrease in blood pressure was a response to the deep brain stimulation, and not a result of changes to the gentleman’s other conditions.

The man’s blood pressure gradually decreased after the deep brain stimulator was implanted in the periaqueductal-periventricular grey region of the brain, which is involved in regulating pain. His blood pressure was controlled for three years of follow-up; at one point he went back on an anti-hypertension drug for a slight increase in blood pressure, but that drug was withdrawn when the blood pressure was again reduced.

“More research is needed to confirm these results in larger numbers of people, but this suggests that stimulation can produce a large, sustained lowering of blood pressure,” added Dr Patel. “With so many people not responding to blood pressure medications, we are in need of alternative strategies such as this one.”